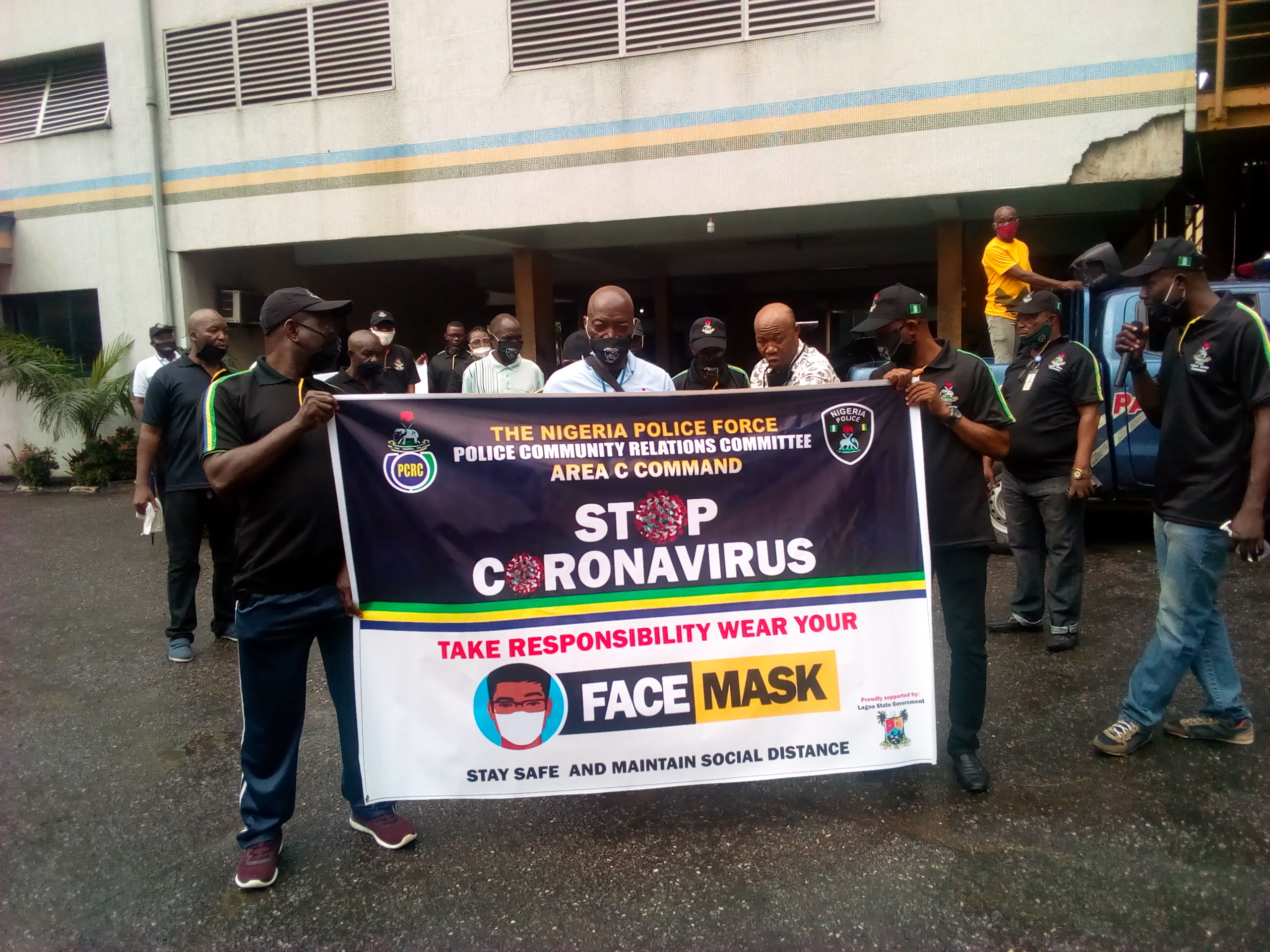 As part of efforts aimed at eradicating the scourge of the deadly Coronavirus pandemic in Lagos State and the country as a whole, the Area C Command of Police Community Relations Committee (PCRC), recently embarked on streets walk and sensitisation campaign tagged “take responsibility/wear facemask in all divisions of the command.

The sensitisation campaign, according the Command said will be a continuing program until the virus is reduced to the barest minimum.

Speaking on the exercise, the Command’s Chairman, Rotarian Akibu Bankole Olowolayemo, said will go a long way in encouraging and remembering the residents of the area on how to protect themselves from being infected with the deadly virus.

Rotarian Akibu also stated that the program is one of the numerous PCRC’s Corporate Social Responsibilities (CSRs) both to the police and the public.

The Command’s PCRC Chairman commended Mr. Akeem Odumosu, the lagos State Commissioner of Police and Area ‘C’ Commander, for allowing the members of the Committee to be a voice in the fight against the contagious disease.

Rotarian Akibu led-committee, used the occasion to educate the residents of the Command, on what to do if there is suspected case of the virus.

The Committee also used the event to educate the public that the virus is a curable one and never to be panic if anyone contracted it. But to quickly go to nearest centers for examination. Members of the public were  also encouraged to go for the test in order to ascertained the state of health concerning the virus.

During the walk/sensitisation exercise, facemasks were given to the public, who were taught of the best way of wearing it, while also gave out handbills with inscriptions on how to protect ourselves against the virus, and alcohol-based sanitizers were given out also.