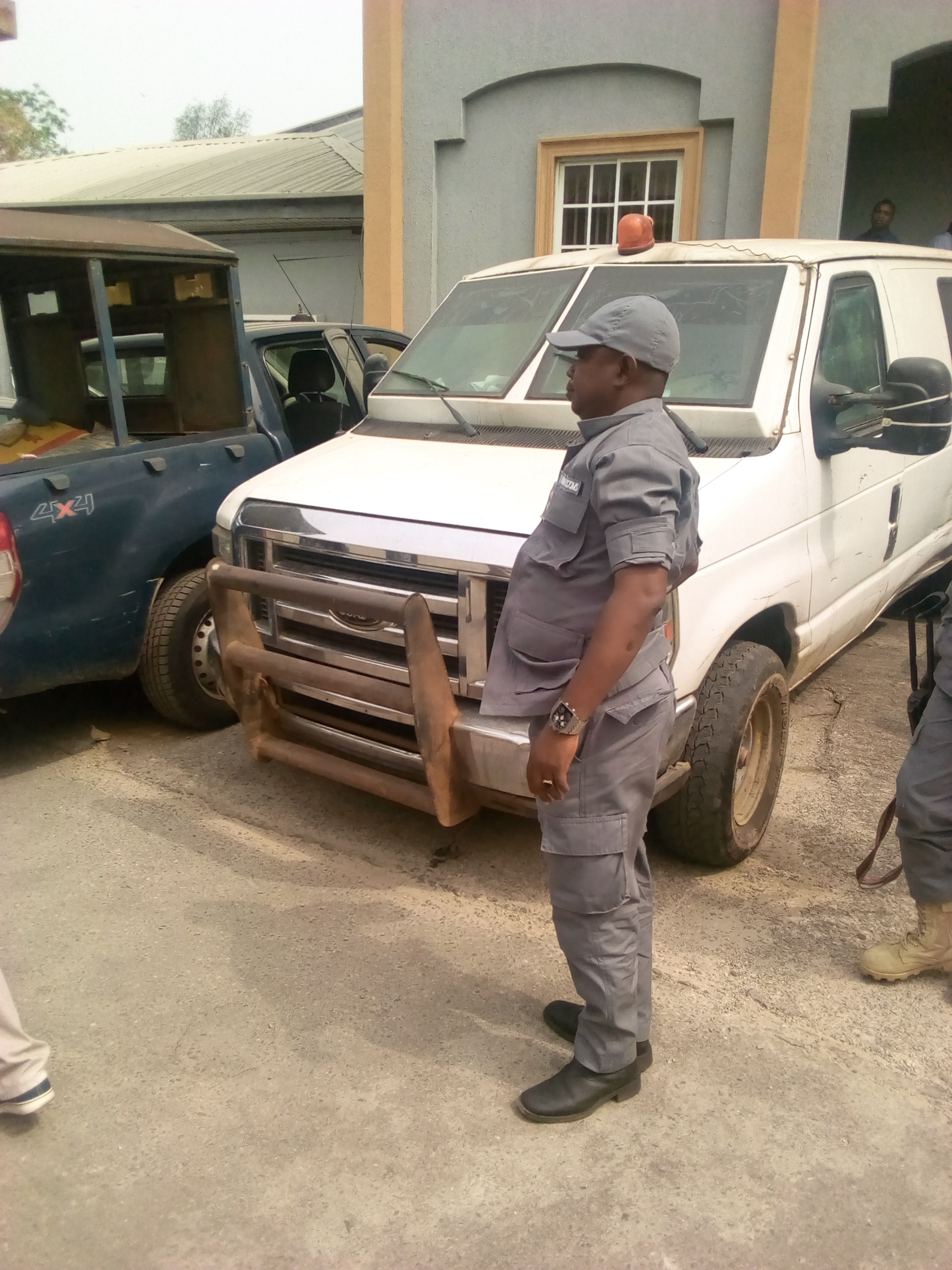 The Bullion Van used to Smuggled the Banned Rice

The two were arrested with the banned rice on September 23, 2019, while driving a bullion van marked MUS-574-XW and an escort pickup van marked APP-319XS.

Both Lawrence and Oluwafemi are being tried before Justice Nicholas Oweibo court, on three count-charge bordering on conspiracy to smuggle the banned rice.

The offences which contravener sections 3(1) and 166 of the Customs and Excise (Special Penal and Other Provisions Act) Cap. C47, Laws of the Federation of Nigeria, 2004 and punishable under section 3(3) of the same Act.

They had  pleaded not guilty to the charge and granted bail on some terms and conditions.

At the resumed hearing of the charge against the two drivers today, the Nigerian Customs Services’ operative, Sanusi, informed the court that the were arrested on September 23, 2019, at the Winners’ axis of Sango-Owode-Idiroko, following an intelligence received by his team.

Sanusi in his testimony before the court said: “the two defendants were arrested with a bullion van. We tried stopping them but they refused to stop until we pursued them to Winners side of Owode-Idiroko road, where the escort Hilux van was stopped and it has 13 bags of the parboil foreign rice. And we later pursue the bullion van and when they stopped, they refused to open it for check.

“After sometimes of argument, they opened the bullion van and we discovered that there were some monies mixed with the bags of foreign rice. We then turned them back to our check point and called pur Officer-In-Charge, Mr. Amacha, who directed us to take the bullion van to where it was taken the monies to, while the rice was taken to Federal Operation Unit (FUO) Ikeja, Lagos, where the rice was warehoused”.

Following the conclusion of the Sanusi’s testimony, the prosecutor, pleaded with the Judge, to move the court to where the bullion van and the escort van were packed within the court, for the purpose of tendering it as exhibit. The request was granted.

After the examination of the vans and the banned rice, the court admitted them as exhibit C and D.

Sanusi during cross-examination by Chukwuma Ezeale, counsel to defendants, told the court that the two drivers were arrested alongside five policemen and that he handed over the bullion van, hilux escort van to those at FOU, Ikeja.

When asked if he knows the number of days the defendants stayed at the Customs’ custody, he replied and said ‘I don’t know.

When also asked if he know the total amount found in the bullion van, the witness told the court that I didn’t know’.

Further hearing of the matter has been adjourned till February 13, for the defendants to open their defence on the charge.