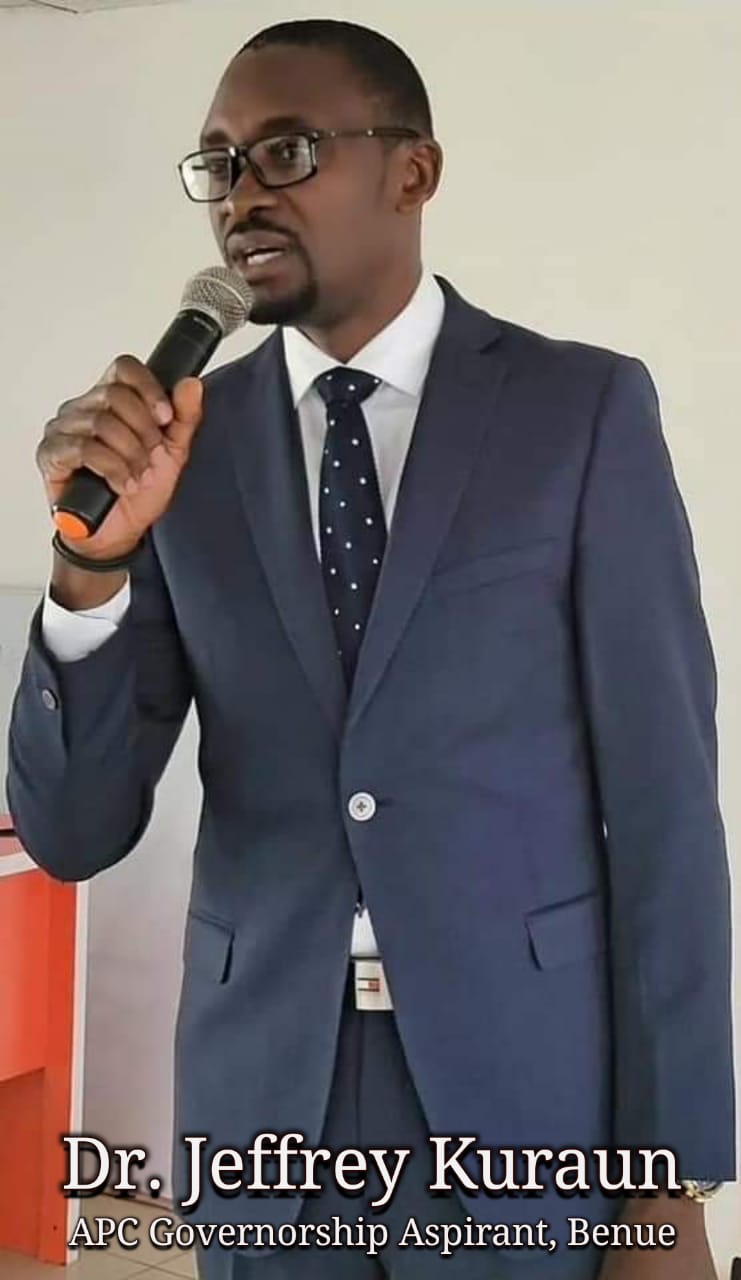 The All Progressive Congress (APC),  governorship aspirant in Benue state, Dr. Jeffery Kuraun, has frowned at the eagerness of the youths to become errand boys to the established politicians especially where the intentions of the political mentors are to impoverish and render them perpetually incapacitated to effectively lead.

Dr. Kuraun at the event noted that “in order to move forward in a very sensitive and volatile vocation like politics, we need to unlearn certain seemingly atrophied responses and reactions, which are numerous and can easily be observed by any discerning fellow. The eagerness to become errand boys to established politicians should be frowned at, especially where the intentions of the political mentors are to impoverish their youthful mentees and render them perpetually incapacitated to effectively lead”.

Kuraun, who was represented by at the event by Sam Kange, expressed his feelings in the midst of youths of this generation interested in politics and nation building because over the years, “we have unwittingly and technically disenfranchised ourselves from fully participating in the progress of our dear nation and state” he said.

According to the Governorship aspirant, it is important to state that no nation in the world has ever experienced development without the adroit and strategic participation of the youth, and ours must not be different. The great leaders of the world in ancient and modern times have always deployed their youthful energies and fresh ideas to move their countries forward.

In order to make a difference for our great nation, Nigeria and achieve success, Kuraun called on the youths to act now and must do the following: “Identify with a political party with proven potentials for change like our great party, the APC. Become actively involved because that is the only way you can have a say in what would happen in terms of leadership and policy making and programmes. Generate enough interest in your party’s activities and ensure that it’s the number one youth friendly party around. This would make the youths in other parties migrate to your party, which should become the melting point for youths progressively wired for the progress and development of our nation” he said.

“As I glide away from this engaging topic, though shortened for our general convenience, I would like to leave you with this parting shot; never leave for tomorrow what you can do today as a youth, for tomorrow, in reality (based on our local experiences) belongs to the elderly. The youth must act now and act fast” he added.