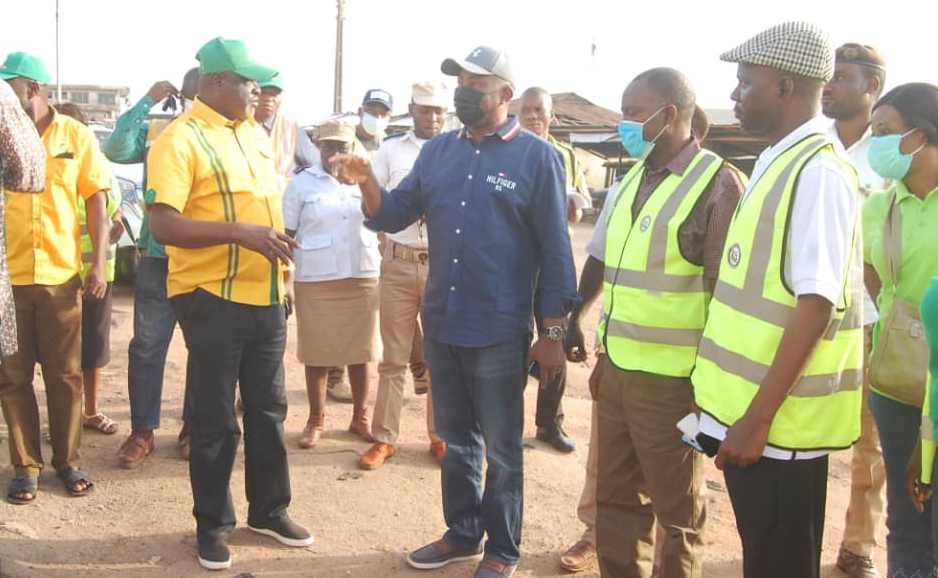 Mr. Oresanya, SSA On Environment To The Ogun State Government (In Blue Shirt) In A Chat With The Officials of The State’s Sanitary Corps On Saturday

Ogun State government says it will henceforth collaborate with Local Government Councils and Community Development Associations on effective environmental sanitation across the State.

A statement issued by Mr. Rotimi Oduniyi, quoted Mr. Oresanya saying that “since the local government councils are the first responder on environmental and sanitation issues, there is the need for better collaboration with them and various community development associations who are directly under them for a better, clean,safe and healthy environment” .

Oresanya therefore called on the LGs and CDCs to cooperate with the State government, so that together they will usher in a new culture of cleanliness throughout the length and breath of the State for a more egalitarian society.

Inspecting the Agbajoowo Community in Elega-Idofin CDA, the Special Adviser charged their leaders on the need to ensure proper cleaning and disposal of their waste and directed the waste Private Service Provider (PSP) assigned to the community to be more effective.

Also speaking after the monitoring exercise, the Chairman of Abeokuta North Local Government, Honourable Adebayo Ayorinde, praised the new collaboration between the State and Local Government Areas on environmental issues, saying that it will rub off on the well-being of the people and cleanliness of the state.