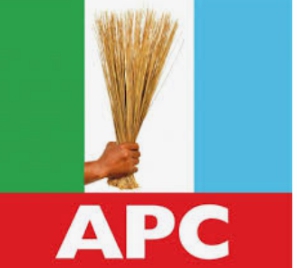 A group of All Progressives Congress (APC) members in Eti Osa area of Lagos State has rejected an alleged plan by some leaders of the party in the area to endorse one of the aspirants as the sole candidate for Eti Osa Constituency 1 in the state House of Assembly in the coming election.

They condemned the move, saying it was wrong and untenable, adding that it was tantamount to denying other aspirants their democratic rights.

Speaking on behalf of the group, Hon. Olubowale Alade alleged that some leaders including a serving commissioner and council chairman, had at a recent meeting, almost concluded plan for the endorsement of the incumbent representative of the area in the House for another term, adding that in so doing, others that also aspire to vie for the seat will be denied the opportunity.

He said instead of imposing a consensus candidate, the leaders ought to allow the aspirants to test their individual popularity in a primary election.

He urged the APC leadership in the state to wade into the matter and stop those involved in the inglorious plan to avoid imminent disunity among members in the area ahead of the 2023 elections.