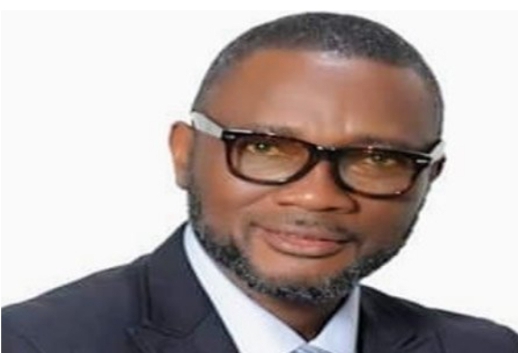 Former Chairman of the Eastern Bar Forum (EBF), Mr Long Williams, has condemned the verbal attacks on judges in Rivers state allegedly by the Rotimi Amaechi’s faction of the All Progressives Congress (APC) in the state.

The former head of the group, an umbrella of Nigerian Bar Association (NBA) branches comprising the old eastern region of Nigeria, in a statement, particularly mentioned one Chief Ogbonna Nwuke, an arrowhead of the pro-Amaechi faction, for denigrating the judiciary.

He noted that writing as spokesman of the faction, Nwuke had thrown decency  to the dogs in an attempt to ridicule and  drag the names of some revered judges of the Rivers state Judiciary, saying that the latest attack was a culmination of a series of erratic and unreasoned fights against the Nigerian judiciary.

Williams maintained that this is especially so when judgements against the interest of the pro-Amaechi group are delivered by the judiciary, which often lead to the maligning and castigation of judges who exercise courage to do justice as the cases before them demand.

He said: “We note with concern  that the new infamy emanating from Chief  Ogbonna Nwuke, ostensibly against judges of the Rivers State High Court is a veiled contempt of the whole judicial institutions in the country. “The people Nwuke speak for have been known to call verdicts of the Supreme Court ‘mere academic exercise’ while vowing to disobey them even on national television.

“The highest beneficiaries of the judiciary in Nigeria in the past, they are now on a war path with the same institution, pouring venom and invectives on the priests in our temple of justice when judicial decisions go against them.

“They want to live in a society where they will not only choose the judges who will hear their cases or cases in which they have interest, but they also want to decide the orders and judgements the courts must give in those cases. And failing that, every judge who gives judgements or rulings against their interest must be publicly set up for ridicule, defamed and persecuted”.

The former EBF chairman noted that it is on record that in a number of cases, there have been judgements or rulings of the Rivers State High Court which favoured the Amaechi faction of the APC, wondering why judges who gave such judgements were not publicly named and embarrassed.

He alleged that there has been a consistent practice of surreptitious and questionable transfers of cases in the Port Harcourt division of the Court of Appeal to the headquarters in Abuja.

“In every such transfer, the Amaechi faction of APC has been the recipients of judicial discretions of the Court of Appeal. There is no one who has nailed or indulged in campaign of calumny against the justices who issue those discretions.  Why should every justice who gives judgements against their interest be defamed?

“The most embarrassing is that even judges of the Rivers State High Court whose judgements travelled the whole judicial ladder unscathed are named and ridiculed in their bid to subdue the judiciary to only carry out their whims and caprices,” he maintained.

Williams stated that being that judges with the nature of their calling cannot rise and defend themselves in the public space on such unfounded and frivolous allegations, characters in the likes of Nwuke have made it a pastime to castigate and cast negative aspersions on them.

“I therefore strongly condemn the atrocious statement from the Amaechi’s faction of Rivers APC designed to intimidate not only judges of the Rivers State judiciary, but also the whole judicial institution.

“I call on all men of goodwill, integrity and good conscience to disassociate and distance themselves from such ignoble call and restate our hope and trust in the judiciary as the last hope of the common man,” he said.