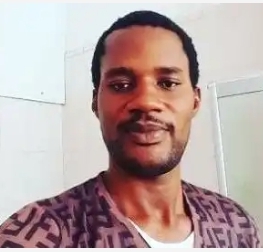 Forex Fraud: Counsel’s Absence Stalls  Seun Egbegbe Further Trial  
 The scheduled trial of the the Nollywood film-maker, Olajide Kareem, alias Seun Egbegbe, and his co-defendants, who are facing trial before a Lagos Federal High Court, over alleged forex fraud, suffered a setback today, due to the absence of their legal representative.

Others standing trial alongside Egbegbe on a 40-count charge of the offence are:  Oyekan Ayomide, Lawal Kareem, Olalekan Yusuf and Muyideen Shoyombo.

Justice Oluremi Oguntoyinbo had on November 18, 2020, fixed today, for Egbegbe and his co-defendants, to open their defence on allegations leveled against them by the police, after dismissing no-case-submission.

However, at the resumed hearing of the matter, which was meant for Egbegbe and his cohorts, to open their defence on the allegations, after they were marched into the courtroom by the officials of the Nigerian Correctional Services (NCoS) their counsel, were conspicuous absence.

The development, which made the prosecutor, Mr. Innocent Anyigor, to ask for a short adjournment.

According to the police, Egbegbe and his cohorts defrauded no fewer than 30 Bureau De Change operators in Lagos of various sums, in local and foreign currencies, between 2015 and 2017.

The prosecutor alleged that they obtained the money from their victims by deceiving them that they either had foreign currencies to sell to or buy from the BDC operators.

Anyigor said the defendants acted contrary to Section 8 of the Advanced Fee Fraud and Other Related Offences Act 2006 and were liable to be punished under Section 1(3) of the same.