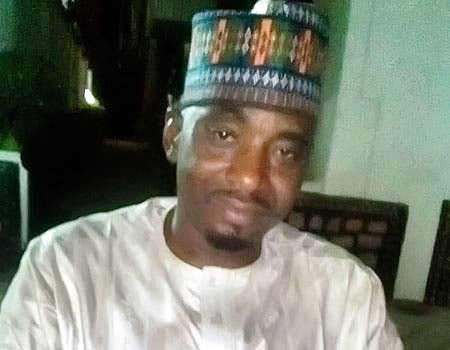 Justice Saidu fixed the trial date after all the defendants pleaded not guilty to the five counts amended charge of conspiracy, obtained by false pretence, forgery and unlawful conversion brought against them by the office of the Attorney-General of the Federation (AGF).

The offences which are contrary to sections 1(1)(a), 8(a) of the Advance Fee Fraud and other related offences, and punishable under section 1(3) of the sane act; sections 18(a) of the Money Laundering Act, 2015, and section 2(c) of the Miscellaneous Offences Act, cap. M17, laws of the federation of Nigeria, 2004.

However, the defendants pleaded not guilty to the charges, after it was read to them.

After pleaded not guilty to the charges, Justice Saidu, ordered the defendants to continue with the previous bail terms granted them, as requested by their cousel, who includes; Hope Eremosele; Joseph Okobieme and C. B. Ejike, while adjourned the matter till January 11, 2021, for the commencement of trial.

The defendants were alleged to have on or about October 2014, obtained the sum of N160 million, from a bank by false pretence and with intent to defraud on the pretext that the money would be used to supply 1,100,000 Iiters of AGO to LastaI energy, Limited.

They were also alleged to have conspired among themselves to obtain another of N139,860 million from the bank by false pretence that the money would be used to supply 1,100,000 liters of AG0 to Lastan Energy Limited.

One of the defendants, Obinna Michael Umeanor, was alleged to have on or about October 2014, forged a Zenith bank statement of Account No. 1013015544 belonging to OBD petroleum limited with intent to defraud. While Issac Okorodudu ‘m’, Ilolo Ogho Gift ‘m’, Samson Egbuwoku ‘m’ and others at large, were alleged to have on or about October, 2014, forge a Lagos State Certificate of Occupancy No. 21/21/1991 AR; Registered in the names Rotimi Olawoye which property is situate at Lekki, Peninsular, Plot 6 Block 82 Eti Osa Area of Lagos State Measuring 973.7018 square meters knowing same to be false with intent that it may be acted upon as genuine and to the prejudice of tb defrauded bank.