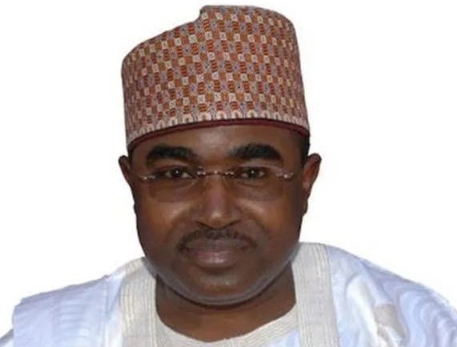 General Marwan, who is a close ally of President Buhari, worked as Chairman, Presidential Advisory Committee for the Elimination of Drug Abuse, PACEDA, between 2018 and December, 2020.

The committee was saddled with the responsibility of developing a blue print on how to end drug abuse in Nigeria.

Sources in the presidency and the NDLEA headquarters in Abuja confirmed that the appointment takes immediate effect.

A source at the NDLEA that spoke on the condition of anonymity said the management team of the organisation was already prepared to welcome Gen. Marwa as he resumes this week.

It was gathered that already, there is high expectation of enduring reforms by staff of the agency and Nigerians who have been commenting on the appointment since the information leaked online Friday night following the performance records of the retired General.

General Marwa was once military attaché, Nigerian Embassy, Washington DC, USA, and defence attaché, United Nations, New York, as well as former ambassador to South Africa and the Kingdoms of Lesotho and Swaziland.

It would be recalled that President Buhatu had on January 10, approved the removal of the agency’s former boss, Colonel Muhammad Mustapha Abdallah (rtd), who has head the agency for the past four years.

Col. Abdallah was appointed on Jan­uary 12, 2016 by the former Secretary to Government of the Federation (SGF), Engr. Babachair Lawal, via a let­ter with reference number SGF.35/S.5/11/272.

However, in a letter dated January 7, 2021 and signed by the Secretary to the Federal Government, Boss Musta­pha, Abdallah was mandated to handover to the Secretary of the agency, Mr. Shadrach Haruna, on or before January 10, 2021.

During his reign in NDLEA, some officers of the agency lamented his ineptitude to work and nonchalant attitude to workers and officers’ welfare.

Some concerned officers of agency had earlier called on the President to investigate and prosecute Abdallah for the alleged diversion of N2.8 billion commanders’ monthly allowances and the revoca­tion of the sale of the Chair­man’s official quarters in Ikoyi that he allegedly sold.

In a letter to the president by the concerned officers, of the agency signed by one Musa Ahmed Yusuf, the of­ficers accused the outgoing NDLEA boss of diverting N2.8 billion monthly operational allowances for Commanders.

“Since 2016 that Abdallah took over, he stopped the payment of monthly running cost to commanders. This has continued all through his tenure.

“The monthly allocation of the agency of about N48 million is used to service Abdallah’s personal interest. This has amounted to the sum of N2.8 billion in the past five years”, the petition alleged.

“How are the commands meeting their needs and how do you define corruption? Ab­dallah also sold the official quarters for the chairman of the agency located at George Street Ikoyi, Lagos.

“He also allowed a tele­communication service pro­vider to install a telecom sta­tion at the once vibrant Ikoyi office that is now a shadow of itself. The impunity of Abdal­lah must not go unpunished,” it further alleged.

The petition further called for the appointment of “a competent chairman ap­pointed to correct the many mistakes of Abdallah and take the agency to greater heights following the expi­ration of Abdallah’s tenure.

“We demand a complete investigation into the un­ending recruitment exer­cise by Abdallah even when money has been released to him since 2019. None of the procedures have followed due process. The entire ex­ercise must be conducted by a competent leader. This will ensure that Nigerians have a level playing ground in serv­ing their country”.

It also cited the refusal of the NDLEA leadership to promote staff as and when due in addition to his lack of attention to heightened drug abuse crisis in the country.

“Abdallah refused to re­lease our promotion arrears. This has dampened our mo­rale. The most painful aspect is the fact that our colleagues that retired in the last five years left service with lower ranks than they are entitled to because of Abdallah’s administrative callousness. This injustice is demoralis­ing to the entire workforce,” the group said.

The petition said a nation­al survey confirmed a mas­sive scale of Nigeria’s drug problem with no effort by Abdallah to reverse the ugly trend.

“According to the report, in 2017 just one year after Ab­dallah took over office, nearly 15% of the adult population in Nigeria (around 14.3 million­ people) reported a “con­siderable level” of use of psychoactive drug substanc­es. This is a rate much higher than the 2016 global average of 5.6% among adults.

“The survey was led by Nigeria’s National Bureau of Statistics (NBS) and the Cen­ter for Research and Infor­mation on Substance Abuse with technical support from the United Nations Office on Drugs and Crime (UNODC) and funding from the Euro­pean Union.

“Our airports, seaports and land borders are becom­ing increasingly porous by the day as Abdallah remains unperturbed.”

Additional report by The Vanguard and Daily Independent newspapers