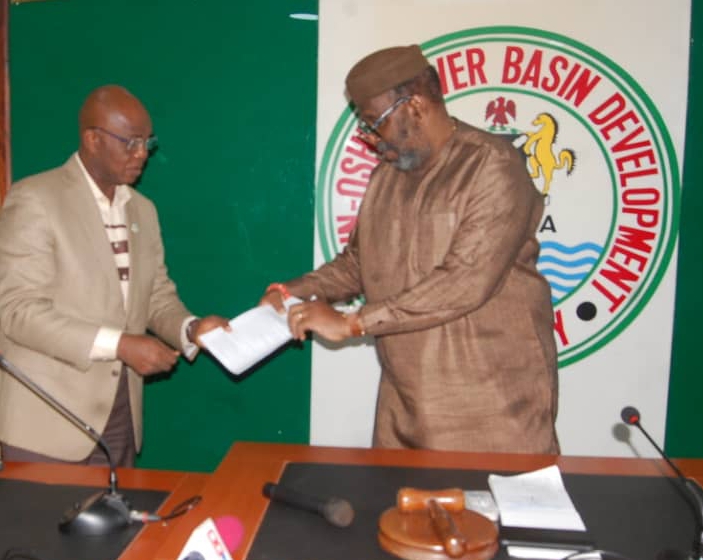 Ogun State Governor, Prince Dapo Abiodun, has urged to the management of Ogun-Osun River Basin Authority (ORBDA) to collaborate with the State government to reduce the impact of flooding emanating from the release of excess water from the Oyan Dam.

Governor Abiodun made the appeal through his Commissioner for Environment, Mr. Ola Oresanya, during a working visit to the management of the Authority at its headquarters in Alabata in Abeokuta.

Such collaboration, the Governor said became necessary, so that residents of Isheri, Akute, Abule-Otun, Ago-Ika in Abeokuta and those living along the bank of Ogun River, whose areas are usually flooded whenever the excess water is released from the dam, will feels comfortable and safe.

The Governor said aside from the constant dredging of canals and water-courses by the state government, Abiodun wants Ogun-Osun River Basin Development Authority to collaborate in the area of providing adequate and comprehensive information in formal and local dialets on the actual dates the excess water would be released so that the residents of the areas will not be caught unawares.

Going forward, Governor Abiodun appealed to residents of the affected areas and others statewide not to fall into temptation of building on flood plains during dry season only to discover that the land they built on are paths reserved for the released Oyan Dam water.

The Governor also called on residents of the state to also complement government efforts by obeying regulators instructions on their other activities that are causing flooding especially that of refuse disposal as the state government has put in place alternative source of waste disposal which they need to key into to free all drainage channels and canals of unwanted wastes which blocked them and lead to flooding.

In his response, Otunba Olufemi Oduntan, the Managing Director of Ogun-Osun River Basin Development Authority, while welcoming the synergy between the Authority and the State government said, this will reduce the negative impacts of water released from Oyan Dam on the residents of the affected areas.