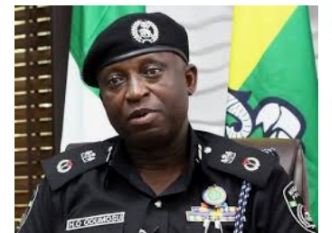 A human rights group, Human Rights Monitoring Agenda (HURMA) has called on the Lagos State Police Commissioner, Mr. Hakeem Odumosu, to investigate the alleged unlawful arrest and detention of Alhaja Bamidele Omotayo, the Iyaloja of Ashogbon Market, Bariga, by the men of Bariga Police Division, at the instance of a contractor and officials of Bariga Local Council Development Area of the State.

HURMA in a petition captioned: “Arbitrary detention of Ashogbon Market Iyaloja, at Bariga Police Station: a case of political corruption and violation of human rights in Bariga LCDA”, said the petition became necessary because of Justice and to prevent such occurrence in the future.

Page 1 of The Petition

HURMA through its Executive Director, Comrade Buna Olaitan Isiak, stated that the Iyaloja was punished through her arrest and detention for more than six hours, despite her poor State of health coupled with old age, for a matter she was neither initiated nor involved.

Consequently, HURMA appealed to the Police Commissioner, Mr. Odumosu, to use his noble office to investigate the role played by the Bariga Police division, in a matter between the LCDA and a market woman that led to the arrest and detention of the aged Iyaloja.

Page 2 Of The Petition

Parts of the petition reads: “We hereby request the intervention of your office on the above subject matter recently brought to our office, for justice and prevention of such in future.

“From report available to us, the unfolding drama in Bariga LCDA, occassioned by the connivance of local police authorities with a real estate contractor (Ms Regina Adedayo), with the backing of the Bariga LCDA council manager (Mrs Adenike Owolabi), to harass market leaders, illustrates another dimension of how political corruption endangers security and economic survival, albeit at the local level.

“The rising tension in Ashogbon market is due to the arbitrary detention of the aged Iyaloja of Asogbon Market(Alhaja Bamidele Omotayo), on the orders of the Bariga LCDA’s Council Manager, and a real estate contractor, who had been awarded the rights to rebuild sections of the market.

“Too often, local market women have protested the high-handed treatment received from the contractor, who has been in the habit of uprooting women who have occupied specific locations for decades, to allocate such space to personal friends and politicians, in breach of her contract and agreement with the market leadership. The protestations of the market women in the face of such oppression has often been met with threats and acts of intimidation.

“The latest incident occurred when the contractor once again unilaterally breached the commitment to a market woman who had met her financial obligations for retaining her space in the market, displacing her for a better connected and higher bidder, in contravention of the terms of the contract.

“On Thursday April 18th 2021, an altercation ensued between the contractor’s agents and the market women they had come to displace, leading to said market women breaking the locks to the shop.

“While the dispute was ongoing, the Iyaloja was not around, due to her health issues. Eventually, the Iyaloja arrived at the scene to intervene and she was invited to the Bariga Police Station, where she was detained and humiliated by the DPO who insisted that he was acting based on the request from the Council Manager (Ms Adenike Owolabi) and the contractor, as the Iyaloja was known to support market women who did not want to be relocated. The aged woman’s phone and jewellery was confiscated and she was prevented from contacting her relatives or lawyers. Her footwears were confiscated and she was detained until word spread about the actions of the police and well meaning local leaders intervened to stop the charade.

“It is unfortunate that officers of the Nigerian Police, in this case, abandoned professional ethics to connive in harassing local leaders and squander the goodwill that that they so much need to maintain community engagement. The police force needs to address the erosion of its image as a professional law enforcement agency, and the damaged trust that this unprofessional behavior will inevitably cause. Local police leadership should not be a tool of harassment of comnunity leaders, in the hands of contractors and their collaborators, however connected or highly placed.

“This naked abuse of power by the contractor and her collaborators, and the incessant harassment of market women seeking their livelihoods need be addressed. Also, the council manager, Mrs Adenike Owolabi, must desist from the cowardly act of humiliating elderly women around Bariga on behalf of her ‘friends’. Her notoriety for being ‘intoxicated’ by her position as the Council Manager and boasting of her connections in Lagos while humiliating aged women is not doing the local government reputation any good. Such high-handedness can only alienate the polity and create popular discontent.

“Neither the police nor the council manager have still been able to provide any answers on the record to the glaring questions relating to this sordid episode:
1.) Why was the Iyaloja deprived of her right against arbitrary detention, despite her age and health condition?
2.) What law of the land is violated by being the head of a market where a market woman fought with someone, to warrant being vicariously arrested and detained for 6 hrs with phone, jewellery, headscarf and shoes confiscated?
3.) Why did the connivers (Mrs. Owolabi, the real estate contractor, and the DPO) instruct that the Iyaloja be locked up for 6 hours in relation to a matter in which she was not in any way directly involved?
4.) Why did the Council Manager instruct the police to humiliate her, confiscating her phone and jewellery and preventing her from contacting her relatives and lawyers?
5.) Why did it take the concerted efforts of Araromi Community leaders and other concerned parties for the Iyaloja to regain her freedom?

“These are all questions that must be answered by the Bariga Police Station DPO, Bariga LCDA’s Council Manager and their connivers, in the interest of justice.

The Last Page Of The Petition

“We at HURMA are determined to take this case to the highest levels to ensure that justice and respect for human rights, and not oppression of community leaders, are the guiding principles of our government functionaries”.