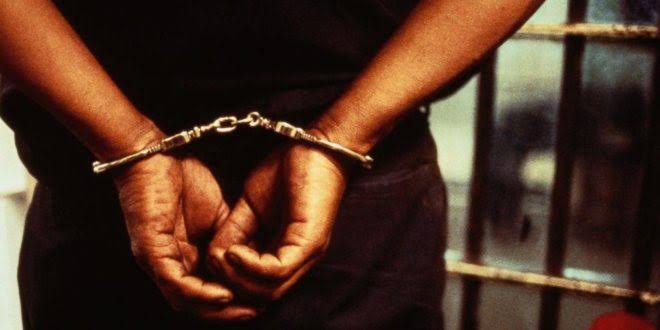 An hotelier Samson Ogunfadebo, has been arraigned before a Chief Magistrate’s Court, sitting at Igbosere, Lagos, for allegedly obtained the sum of N30 million, from a businessman, under the disguise of leasing his hotel to him.

Ogunfadebo 50, is facing a four-count-charge of conspiracy, obtaining under false pretence, stealing and fraud preferred against him by the Police.

Osuji told the court that the defendant and others still at large under false pretense, fraudulently obtained the sum of N30 million, from one Mr Lalu Acher, to lease his hotel, located at Ayinde Afolabi Street, Off Lasu Road, Igando, which he had already mortgaged with First City Monument Bank (FCMB) and Eco Bank.

“The defendant after mortgaging the property to the two banks, he then leased it to the complainant, and relocated to Ibadan, where he started farming, the complainant then renovated the hotel, so that it can be put to use.

After the refurbishment was done, the banks came to meet the complainant that the property in question was mortgaged to them and that the case was in court”.

The defendant pleaded not guilty to the charge against him.

His lawyer, Mr. Richard Oguntade, urged the court to grant the defendant bail as the offend is a bailable offence.

He said: “the offence is a bailable offence and we are seeking the intelligence of the court to be Libra in granting bail. I want the court to take into consideration that the defendant is still prescribed innocent until proven guilty”.

“We also intend to exploit settlement in this matter. I have known the complainant, for 45 years, we were classmates”, Oguntade  said.

Meanwhile the prosecutor objected to the bail application of the defence counsel.
He said that the defendant is a flight risk and might elope if granted bail.

Osuji said ” Presently FCMB, has taken over the property in question, there is every likelihood that this defendant if granted bail, will elope. I am opposing this bail’.

Lawyer holding watching brief, for the complainant Mr David Fadile, said that judgment was delivered on July 11, 2019, on the said property by Justice Oshodi of a Lagos High court sitting in Ikeja, confirming FCMB, as the owner.

Fadile said: “in corroboration of what the prosecutor said, the defendant has no permanent place of stay”.

The defence counselor also confirmed that he is aware of the judgment, confirming FCMB, as the owner of the property.

Consequently Magistrate  Mr B. I. Bakare, granted the defendant bail in the sum of N3 million, with two sureties in like sum.

He said that one of the sureties must be a land owner, who must present a copy of the title document before the court.

Bakare also ordered that the sureties must deposit their international passport or any other identification and have their addresses verified.

The case hass adjourned till January 22, for mention.