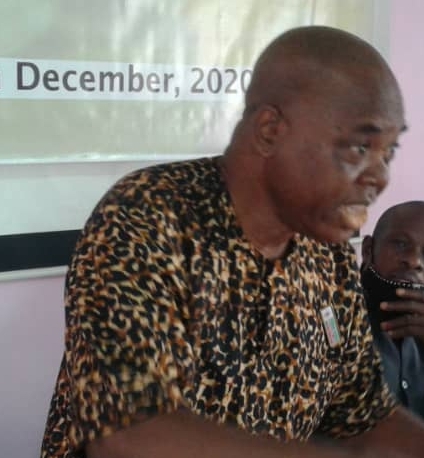 I must thank the organizers of this event for inviting me to exchange views with you on the two important issues of human rights and National Security.

As you are no doubt aware, human rights are those opportunities every person living in a community should have access to without which life itself will become meaningless. And these rights can only be guaranteed if there is security in such environment.

Components Of Human Rights; basic issues embedded in human rights include but are not limited to: (a) right to life; (b) prohibition from slavery and torture. (c) freedom of movement, of association, and assembly(d) freedom of speech, freedom of expression, and of the press(e) freedom of thought, conscience, and religion; (f) right to work and to decent housing. (g) right to education for girl and boy child. (h) equal opportunities for both sexes – men and women (i) right to medical services. (J) right to equality before the law(k) right to personal liberty and protection from arbitrary arrest(l) right to property; (m) right to fair trial; (n) right to freedom from discrimination.

These rights which are later day formulations of Liberal and Marxian scholars are incorporated in the United Nations Charter on Human Rights issued in 1948 and the African Charter on Human and Peoples’ Rights proclaimed in June 1981 but came into force in 1986, other Human Rights instruments in different countries of the world. If these rights are implemented in various countries, the world will be a better place to live in. But the reality is that while some countries implement some of these rights haphazardly, many others observe them in total breach.

Evolution Of Human Rights; It must be stated that the essential elements of human rights have social origins and can, therefore, be appropriately characterized as social laws, rules or regulations that are imperative for the survival of a human community.  For instance, the right to life, prohibitions from lying, coveting peoples wives, etc, were all moral norms observed in many African countries before the arrival of the Bible from Europe and Koran from the Arabs.  Indeed, studies have shown that centuries before Jesus Christ was born, the ancient people have developed conscience and formulated some rights for individuals living in the societies.

For instance, in ancient Egypt, Pharaoh Bocchoris (725–720 BC) improved individual rights by abolishing the rule that imprisoned debtors and also reformed property law. Similarly, Cyrus the Great of Archaemenid Persian Empire of ancient Iran in 539BC proclaimed the Cyrus Cylinder which granted some Jews the right to return to their ancestral land from their captivity in Babylon. Although some scholars dismissed the law as of no significance to human rights, the Cylinder is preserved at the British Museum till today while its replica is kept at the Headquarters of the United Nations.

Human Rights In Middle Era; It is generally agreed that Magna Carta proclaimed in 1215 in England which required the King to give up certain privileges, respect some legal processes and admit that his will is subject to Law, allow appeal against illegal imprisonment is seen today as purveyor of human rights in Western societies. Magna Carta is believed to have had tremendous influence in the formulation of United States Constitution, English and United States Bills of Rights.

Similarly Pawel Wlodkowic, Jurists and renowned scholar of the time, at the Council of Constance (1414-1418) presented his famous speech titled: “Treatise on power of the Pope and the Emperor respecting infidels” in which he advocated that Christians and Pagans should live together peacefully. That historical address is regarded today as the harbinger of religious tolerance in Western societies.

Modern Human Rights Advocacy; In the 18th Century, so many intellectuals in Europe in their various profound works advocated the enhancement of human rights. These scholars included Thomas Paine, who wrote the epoch-making book: “The Rights of Man, John Stuart Mill: “Essay on Liberty” etc.  In Europe and North America, the workers movement fought for shorter working hours, the right of workers to go on strike while women rights groups also struggled and until women were granted the right to vote. It is these events and many more that provided the impetus for the  United Nations to proclaim the famous Charter on Human Rights and the OAU to issue the African Charter on Human and Peoples’ Rights.

National Security; Now, how can the above rights be enjoyed by the citizens in societies where they have been proclaimed? The responsibility to give effect to these Human Rights lies with the State, a body of men who controls public arms. It is precisely because those historically burdened with the task of implementing these rights are humans, that is why they are invariably selective while trying to enforce such rights.  Invariably, since these men represent classes, racial, religious and ethnic groups, their enforcement of these rights are necessarily selective depending on the whims of the clique in power.

Religion, Poverty And National Security: In my view, a society where millions to people are impoverished must necessarily be a fertile ground for all manner of crimes. Thus, if we must improve our national security, we must increase job opportunities for millions of able body youths who are milling around the streets looking for jobs that are not there.  Besides, the leaders must not show bias in promoting one racial or religious group as superior to others because these are things that spark off racial and religious tension which exacerbate insecurity.

For instance, in Nigeria the strength of the Nigeria police is put at about 371,800 men and women, out of which 150,000 are allegedly detailed to guard VIPs and other individuals. What that presupposes is that members of the ruling class must first protect themselves before thinking of the safety of the generality of the citizens.Under the present administration, it has also been claimed that the hierarch of the Security Agencies are skewed in favour of the North where the President hails from.  It must be noted that while the Police takes charge of internal security, the Army, Navy , and Air force are responsible for external security but when necessary assist the police to maintain internal peace.

Beyond all that, the leadership must transcend religious idiosyncrasy and stop promoting the illusion that people in power cannot be subjected to public scrutiny and to do so is to invite the wrath of constituted authorities to visit mayhem on those who are wont to criticize them.