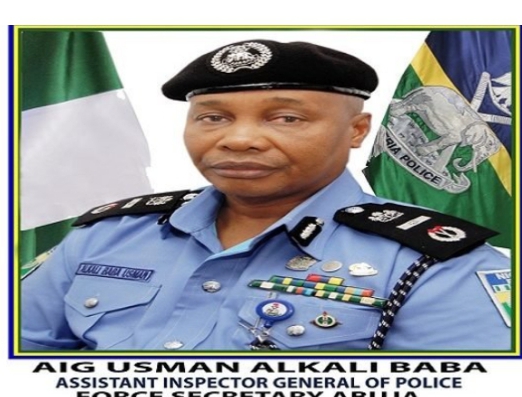 The office of acting Inspector-General of Police (IGP), has ordered full-scale investigations into the activities of armed hoodlums and vagabonds terrorizing Okegade Okulaibo village in Ibeju-Lekki area of Lagos.

In a letter dated March 18, 2021 written to the Deputy Inspector-General of Police (DIG) Force Intelligence Bureau (FIB) and signed by the Principal Staff Officer to IGP, Ag. CP Idowu Owohunwa, the IGP attached a petition written by the Tuyole descendant family of Okegade Okulaibo village and demanded for an enquiry into circumstances surrounding the alleged attacks by the hoodlums.

Tuyole descendant family had in their petition written by the lawyer, Keshi Elvis, urged the IGP to investigate the “usage of armed hoodlums and vagabonds with offensive weaponries to disobey court order, threat to lives, forcibly entry, conducts likely to cause breach of public peace’’ in the community.

The family stated that the hoodlums allegedly lead by Najeem Sule, Safiriyu Musediku, Kamilu Musediku, Wakilu Musediku, have vowed to not to obey court order and were ready to kill anybody that challenged them.

The petitioners stated that they are beneficiaries of an interlocutory Injunction granted by Hon. Justice Ibironke Harrison (Mrs.) of the Lagos High Court, which restrained Najeem Sule, Safiriyu Musediku, Kamilu Musediku, Wakilu Musediku from entering, selling or trespassing on the family’s vast land delineated in survey plan No, LAL/566/86, dated December 20, 1980, and signed by a licensed Surveyor,  L . A Animashaun

The petitioners stated that instead of obeying the court order, the aforementioned suspects sold part of the land and allegedly used the proceeds to acquire sophisticated arms and ammunitions and distributed them to these recruited hoodlums to remain permanently on the land.

They stated that the hoodlums are protecting those who are illegally building on the land in deviant of court order and with express instructions to kill anybody that challenges them.

The petitioners further disclosed that, even the Baale of Okegade Quarters, Moskilu Adesanya Musediku, who urged them to comply with the court order and not in support of their dastardly activities, had to flee the community after attempts were made on his life.

The family therefore urged IGP to ‘’please deploy his men to the communities to recover all illegal arms and ammunitions and ensure that court order is obeyed’’.

They also urged the IGP to restore peace and harmony to the entire neighborhood and anybody found culpable should be made to face the full weight of the law.

Consequently, Justice Ibironke Harrison in her ruling delivered on May 15, 2012, held the situation showed an intention to dispossess the claimants and take over the whole land.

The court further observed that since the defendants failed to file any processes, the court had no opportunity hear them on the issue of any inconvenience they will suffer if the application is granted.

Justice Harrison in her ruling restrained the defendants, whether by privies, agents, or any person whatsoever from entering  or erecting structure, or selling the family land delineated in survey plan No, LAL/566/86, dated 20th December, 1980, and signed by a licensed Surveyor,  L . A Animashaun pending the determination of this suit.