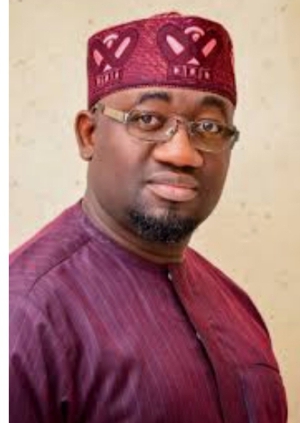 Hamzat is the current Vice-chairman of Ifako-Ijaye Local Government and doubles as the chairmanship candidate of the ruling All Progressives Congress, APC, in the council in the forthcoming local government poll in the state.

Hamzat accused Osolana of appropriating the blueprint for his (Hamzaat’s) election campaign tagged: H.E.E.D.S and threaten to take legal action against the Agege PDP candidate if he did not desist.
The forgoing account was contained in a letter from Hamzat’s counsel, Oluwatosin Arigbanla, Esq. of Vitals Law Firm to Osolana.

The letter reads in part: “It has come to our notice that you have directly and/or indirectly used and/or caused to be used on your behalf the aforementioned idea for your personal gain and/or political acceptability as if same was innovated by you.

“Pursuant to the above herein stated, we hereby give you notice to refrain from using the H.E.E.D.S Agenda nor cause same to be used on your behalf as our client had both in equity and law obtained the first right of usage.

“Please take further notice that if you fail and/or refuse and/or willingly refuse and/or decide and/or neglect to refrain from the said idea as herein stated, we shall appropriately involve relevant authorities and/or take necessary legal action(s) against you”.