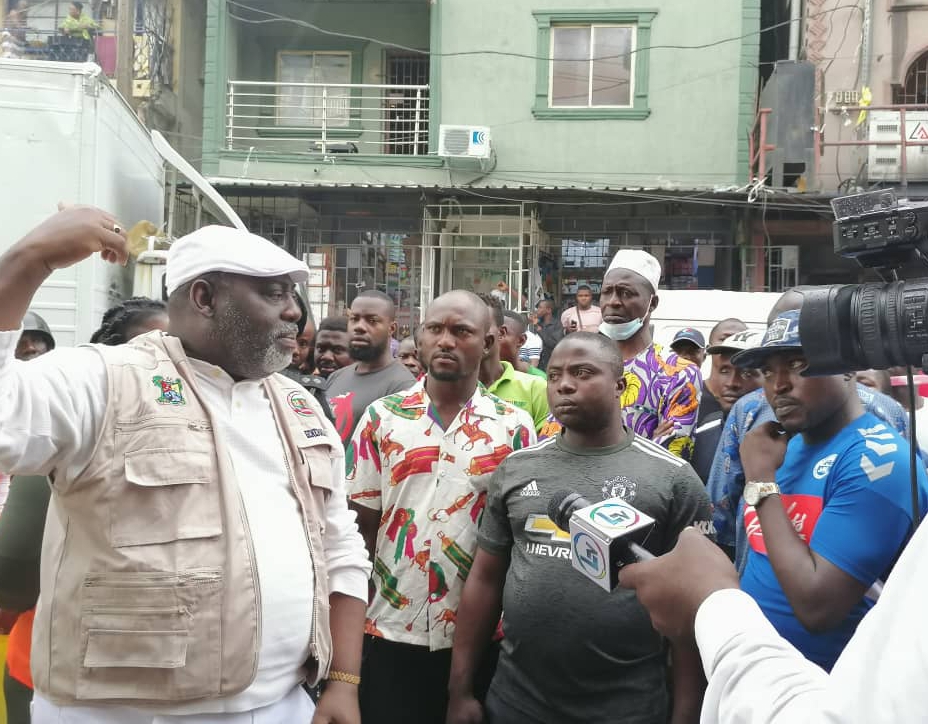 Arc. Oki On The Site Of The Collapse Structure

According a statement issued by the Agency’s Spokesperson, Adetayo Akitoye Asagba, stated Architect Gbolahan Oki, the Agency’s General Manager, initial investigation into the cause of the collapse which occurred late into the night while residents were asleep, “indicates a structural failure of a part of the beam of the of slab carrying water tank for the use of the occupants”.

While commiserating with families of affected victims Arc. Oki appealed to Lagosians to always report cases of distressed buildings around them, this he said will help stem the tide of needless loss of lives and properties due to building collapse.

Speaking further, the General Manager said the Agency had taken several steps to address issues of collapse in recent times which includes massive stakeholders engagement and enlightenment with building developers, owners and even occupiers on the need to build right using the right materials, proffesionals and involving Lasbca in all stages of the construction.

The Collapsed Section of The Structure

In his words “LASBCA is passionate about the need for Lagosians to build right, you need to do the proper thing, ensure you have your necessary permits, obtain your letter of Authorisation before the commencement of any building project and always involve Lasbca in all stages of your project, this will help us in no small to achieve a Safe, Secure and Habitable Building for the Lagos of our dreams”.

Arc. Oki also appealed with other residents in the building to vacate immediately as the building will be totally removed in the coming days to avoid total collapse which could be fatal.