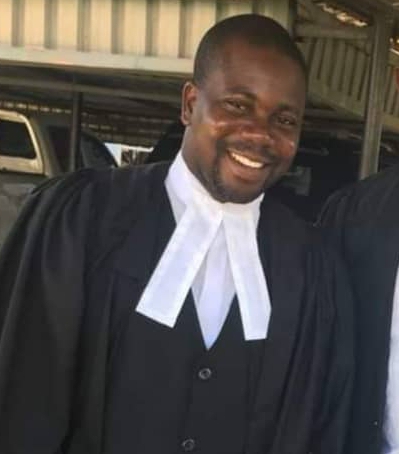 Barrister Tope Alabi, The Applicant In The Suit

Alabi also prayed the court to declare that the DSS is not an agency established under any law in Nigeria.

He also asked the court for a declaration that the authorised operations of the SSS neither involve arrest and detention of Nigerians without a court order nor involves arrest or extrajudicial killing of a person accused of a crime without a trial and conviction by a court.

He further sought a declaration that the authorised operations of the first defendant “do not involve the killing of Nigerians in their private homes at midnight when they are asleep, without a trial and conviction by the competent court in Nigeria and without a death sentence upon which execution may rest.”

In another prayer, he asked the court to determine whether the SSS can invade any State without the knowledge and consent of the sitting governor of such state, among other prayers.

The lawyer asked the court for the above orders and other reliefs in a suit marked FHC/L/CS/1071/21, which has the State Security Service (SSS) and Attorney-General of the Federation as first and second respondents, respectively.

Alabi, in a 17 paragraph-affidavit in support of the suit dated and filed on August 24, 2021, referenced the October 8, 2016, SSS invasion of judges’ homes, August 2, 2019 invasion of Omoyele Sowore’s home and that of the July 2021 raid on the home Sunday Igboho, during which two people were killed and 12 persons were arrested.

According to him, the SSS’ had made itself “an agent for dispute settlement and debt recovery among the citizenry” and that its activities had been creating “panic and terror in the society”.

However, while there no date fixed for the hearing of the suit, both SSS and DSS are yet to file any counter to the suit.