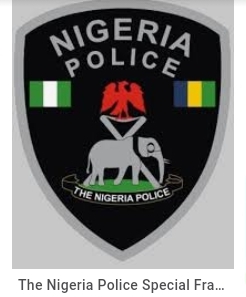 A Lagos-based lawyer, Prince Gabriel Gbenosa Azuka, has been dragged before a Federal High Court, for allegedly defrauded a businesswoman, Mrs. Esther Olufumilayo Akinsanya, of the sum of N110 million, under the pretence of securing acres of land for her.

He was brought before Justice Ayokunle Faji led-court, on 10 count charges of conspiracy; fraud and issuance of dud cheques, by the men of Police Special Fraud Unit (PSFU), Ikoyi-Lagos.

PSFU in a charge numbered FHC/281c/2017, alleged that Barrister Azuka committed the offences between 2011 and 2013, alongside three persons, whose names were given as Mr. Dada; Mr. Oyedele and Mr. Shakatama, who were said to be at large.

The offences according to Mr. Emmanuel Jackson, a Chief Superintendent of Police (CSP), who is the prosecutor in the charge, are contrary to sections 8(a) and 1(3): 1(1)(a) of the Advance Fee Fraud and other Fraud related offences Act, No. 14 of 2006. And section 1(1)(I) of the Dishonoured Cheques (offences) Act Cap. D11, Laws of the federation of Nigeria, 2004.

The lawyer had denied the allegations and pleaded not guilty to all the counts of the charge, and subsequently admitted to bail in various terms and conditions.

His trial, which commenced in 2017, had suffered several adjournment, after the prosecution has closed its case after calling two witnesses and tendered several exhibits.

However, at the resumed hearing of the matter today, the lawyer’s counsel, Mr. Emeka Opara, further begged the Court for a  short adjournment.

Opara told the court that his application for adjournment was hinged on a meeting with the State’s Chief Judge, Mr. Kazeem Alogba, whom he said will be meeting with some senior lawyers in the state.

But the prosecutor, CSP Jackson, vehemently objected to the defence request for adjournment on the ground that series of adjournments, were at his instance. He also told the court that the request, is a ploy to further delay hearing of the four years old case.

However, the presiding judge, Justice Faji, told the parties that the natter was slated for mention. He therefore adjourned that matter till February 22, for continuation of hearing.