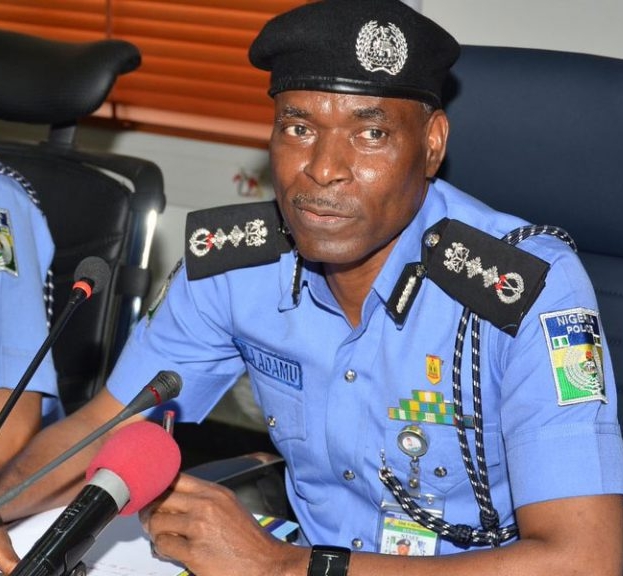 A Lagos-based lawyer, Dayo Abudu, has petitioned the police and army for allegedly aiding land grabbers at Oke-Eletu in Ijede, Ikorodu Local Government Area, Lagos State on June 3 and 8, 2020.

The petition claimed that men of Operation MESA (OP MESA) – made up of the Army, the Navy and the Air force – and the Police Special Anti-Robbery Squad (SARS), raided the community, assaulted and dislodged persons from lands belonging to the community’s leaders.

He alleged that the military and police acted in favour of an alleged land grabber, named, Kamorudeen Lamina (also known as Sir Kay Oluwo), to forcibly take over his clients’ lands.

He said thugs had been stationed and are dominating his clients’ community and urged the police and the military to come to their aid.

The June 4 petition to the Brigade Commander, captioned ‘petition against Commandant of 174 Battalion and Officers of OPMESA forceful entry, trespass to land and aggravated assault occasioning harm’, claimed that “OP MESA from I74 Battalion Command Odogunyan, Ikorodu,” interfered with land dispute in the area, interfered with police investigation, prevented police from investigating land grabbing cases and assisting land grabbers.

It stated that “The recent incident was that which commenced on 3rd June, 2020, when two patrol vans of men and officers of OP MESA from 174 Battalion, invaded our clients’ family land at Oke-Eletu town, along ljede Road, harassed intimidated, beat up and assaulted one Mr. Jude and four other bricklayers engaged to work on our clients’ land.

“One of the patrol vans brought by the officers of OP MESA from 174 Battalion was marked OP MESA 002, while the other van was unmarked”.

It said during the raid, some thugs, “attacked, assaulted and robbed our clients, such as Mrs. Felicia Nofiu and other members of the their cooperative society, who were having scheduled meeting at Chief Kasumu’s house and stole their contributions amounting to N325, 000, 00, and also carted away their phones.

It further claimed that the assailants “left our client’s land and invaded one of our client Chief Notiu Kasumu‘s house at 1, Alhaji Abiodun Noflu Street, Oke-Eletu and damaged the house in the presence of those people holding their Cooperative meeting”.

The thugs, it added, are “still dominating our clients’ community with thugs” and urged

It stated that the following its petition, the military, “investigated our complaints. apologised to and reprimanded their men and some OP MESA officers were then commissioned by the O.C of Military Police, Lieutenant Onu to always resume at our clients‘ community to forestall peace or apprehend the culprits and hand them over to the police. Since June 5, 2020, the said 0P MESA officers have been coming to our clients‘ community until the 8th of June, 2020 when they did not show up due to the breakdown of their patrol van, as they claimed”.

It claimed that the military’s failure to show up was to the knowledge of the land grabbers, who staged another attack same day.

In the June 9 and 16, 2020 petitions addressed to the Assistant Inspector-General (AIG) Zone 2 Mr. Iliyasu Ahmed, the petitioners repeated claims that the police were aiding several persons including Sir Kay Oluwo to dispossess the original landowners.

The petition said the June 3 incident was reported at the Area N Police Command Ijede, but that the case was yet to be investigated, while the thugs had since returned “to terrorize our clients’ community as they did on the 3rd and 4th June, 2020.”

It added: “Also, one of our clients, Mr. Tunde Ajayi, who built his house and lives on the land, has abandoned his house with his family as those thugs come to his house every day to try to kill him”.

It claimed that the police recently arrested some persons suspected of being part of the thugs and that they allegedly confessed to be connected with Mr Lamina.

The community alleged that Lamina instigated the land grab at Oke-Eletu, like he allegedly did at neighbouring Ogbodu, several years ago.

According to them, a 13-year-old girl Nike Ajayi was raped to death while a 78-year-old man Kokumo Hassan was murdered during one of such invasions.

The community’s leaders pleaded with the AIG to assist them to investigate the matter.

But the Police denied knowledge of the petition.

The Public Relations Officer (PRO) of the Zone 2 Police Command, Hauwa Laraba, said she had not come across any such petition. “I don’t know about the case. Please find out from the Lagos State PRO. He might have the information or details of the case, if at all it is in Zone 2.

The response was similar at the Lagos State Police Command.

Its Public Relations Officer (PRO), Mr Bala Elkana, said: “I am not aware of any such petition. As for Operation MESA, I can’t speak for them, of course you know. You can confirm from them if they have any such information”.

Responding to similar questions, the Army acknowledged the petition but said the community indicated interest in settling the matter. He advised our correspondent to contact the petitioners.

Mr Lohfa Tahbal, who received the petition on behalf of the Brigade Commander, said: “The same people wrote for withdrawal of that case, that they will handle it within the community. Contact them”.

When Lamina was contacted, he denied sponsoring anyone to invade or grab land at Oke-Eletu.

He said had no business with Oke-Eletu and that the land in dispute was at Ginti, which was some distance from Oke-Eletu.

Lamina said: “I don’t have any property at Oke Eletu. I have property at Ginti. I built a house there about 10 years ago and my family lives there. I bought an acre of land from the Ginti family and I have every document. Ginti is a town, not a bush.

“The family of Oke Eletu say they don’t have any land there (at Ginti). They said the land belongs to Ginti people”.

He said he was aware of an invasion and that he advised members of the community to call the police.

“I was at Ikeja and I started getting different calls from the Ginti community that they were being attacked. I told them to call the police. They called SARS at Ipakodo. A Vigilance Officer volunteered to show the SARS officers the way to the place where the attackers were, but he was shot in the presence of the police. He was shot in the leg while he was on his okada. Two of them (the thugs) were arrested. This was almost two weeks ago”.

When asked about allegations that he sent thugs to assault or kill the Baale of Oke-Eletu, Chief Kasumu, Lamina said the claim was false.

He wondered why the police had not invited or arrested him, if they suspected him of the alleged offence.

“I didn’t hear anything like that. I have not received any invitation from the police. I was not invited from anywhere. The place in issue is not a Bush, it’s a town. He (Abiodun) is from Oke-Eletu, but is claiming Ginti land. Oke-Eletu people have said they don’t have land there”.