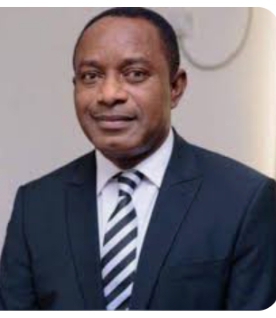 Ukatu was to be arraigned today, alongside  Pius Enidom, and Sunday Ifeanyi Ibekwute by the National Drug Law Enforcement Agency (NDLEA), before Justice Nicholas Oweibo.

They were to be arraigned on a five-count charge bordering on conspiracy and unlawful importation of narcotic drugs without lawful authority.

However, the defendants could not be arraigned following a petition written by Ukatu’s lead counsel, Mr. Victor Opara, (SAN) to the Chief Judge of the Federal High Court requesting for transfer of the  charge to another judge.

When the matter came up, the prosecutor, Mr. Jerry Aernan, informed the court that the defendants were not produce in court because of a petition written to the courtt’s Chief Judge for the transfer of the case.

He said: “Essentially this matter was adjourned till today for arraignment of the defendants today but they were not produce in court because I came across a petition written to the chief Judge for the transfer of this case.

“The Chief judge have acted on the petition and transfer this matter to Justice Peter Lifu.”

Also, addressing the court on the transfer of the charge, one of the defendants’ lawyers, Benson Ndakara, expressed surprise about the development.

Ndakara who disassociated himself from the petition, also told the Court that the Chief Judge has acted on the petition and transferred the matter to another judge, Justice Peter Lifu for prosecution.

“I am very surprised that a senior lawyer like Victor Opara (SAN) can write a petition on a matter that he never featured in. I am not aware of such letter, therefore I have written a letter dated 8th of June distancing myself from this embarrassing action of the writer of that petition seeking the transfer of the case out of this court,” Ndakara stated.

Justice Oweibo in his reaction stated that he has received a letter from the Chief Judge transfering the suit to another court.

Justice Oweibo held; “The Chief Judge normally send such latter to us for our response which is not the case here but surprisingly I just saw letter of transfer of the case from my court.

“However I thank God that a file is going out from my busy docket.”

Ukatu, who is the Chairman of Mallinson Group of Companies was arrested after months of surveillance and evading arrest by anti-narcotic operatives on board a flight to Abuja at the MM2 terminal of the Lagos airport, Ikeja on Wednesday, April 13.

According to NDLEA, investigations revealed that the suspect has been a major importer of large consignments of different brands and high dosages of tramadol hydrochloride, ranging from 120mg, 200mg, 225mg and 250mg, all of which are illicit.

He was said to own pharmaceutical and plastic manufacturing companies, which he used as a cover to import illicit drugs into Nigeria as well as operating 103 bank accounts, most of which are used to launder money.

Ukatu came under watch last year after five cartons of tramadol 225mg were seized from his staff on May 4, 2021,  when he sent them to sell to undercover police officers (unknown to Ukatu) from the then Kyari-led IRT of the Nigeria Police, Ikeja Lagos.

According to NDLEA, the price of a carton of tramadol was negotiated at N17 million each as against the then black market value that ranged between N18 million and N20 million a carton in Lagos.

NDLEA disclosed that after the arrest of Ukatu’s staff; Pius Enidom and Sunday Ibekwete, Kyari’s men were then led by the suspects to Mallinson’s warehouse at Ojota in Lagos, where 197 additional cartons of tramadol 225mg were seized by the IRT Team.

The monetary value of the 202 cartons of tramadol seized from Mallinson in one day was said to be over N3billion.

According to NDLEA, three weeks after the seizure, the Kyari’s IRT team transferred only 12 cartons of the tramadol with one truck and a suspect to the Lagos Command of the NDLEA, leaving 190 cartons unaccounted for.

After over eight months of following the lead, anti-narcotic officers of the agency eventually arrested Ukatu at the Lagos airport on April 13, 2022.

Kyari and four top members of his team are already facing trial for a different, but similar offence at a Federal High Court in Abuja.