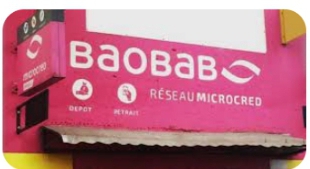 The Bank That Was Allegedly Defrauded By The Defendant

A middle-aged Richy Omonefe Orida, has been arraigned before a Lagos Chief Magistrate court, on charges of alleged conspiracy and fraud of N206 million.

He was arraigned before the court presided over by Magistrate A. O. Erinle (Mrs.) by the men of Police Special Fraud Unit (PSFU) Lagos, on the alleged offences.

The prosecutor, Barrister Henry Obiaze, while arraigning the defendant, informed the court that the defendant, committed the alleged offences between November 2020 and July 2021.

The prosecutor told the court that the defendant and others now at large, conspired among themselves and used different companies to fraudulenty obtained the sum on N206 million for a Microfinance Bank, Boabab Microfinance Bank Nigeria Limited, with the pretence that the money will bring multiple returns on investment.

Obiaze told the court that the offences committed by the defendant, contravened Sections 411 and 314(3) of the Criminal Laws of Lagos State 2015, and punishable under the same Laws.

The defendant denied the offences and pleaded not guilty to the charges.

With the plea of not guilty, the prosecutor asked the court for a trial date and also urged the court to remand the defendant in the custody of the Nigerian Correctional Services (NCoS), till the determination of the charge.

However, following oral application for bail made by the counsel to the defendant, Magistrate Erinle (Mrs.), admitted to bail in the sum of N5 million naira with two surety in the like sum.

Magistrate Erinle ordered that one of the sureties must be a traditional ruler whose name must be in the Lagos State government Gazette and the other must be a property owner within Lagos State.

Further hearing of the charge has been adjourned to August 4, 2022.

The Magistrate however ordered that the defendant be remanded at NCoS’ custody till the time he perfect the bail terms.

Charges Against The Defendant Read: “that you Richy Omonafe Orida ‘m’ and others now at large, Between November 2020 and July 2021, in Lagos, within the jurisdiction of this honourable court, did conspired amongst yourselves and to commit felony to wit: obtaining money by False pretence and thereby committed an offence punishable under Section 411 of the Criminal Laws of Lagos State 2015.

“That you Richy Omonafe Orida ‘m’ sometimes between November, 2020 and July, 2021 at Lagos within the jurisdiction of this Honourable Court aid try False Pretence and with intent to defraud obtain the total sum of two Hundred and Six Million Naira (N206, 000, 000) from Boabeb Microfinance Bank Nigeria Limited using different corporate names and thereby committed an offence punishable under Section 314(3) of the Criminal Law of Lagos State, 2015.”