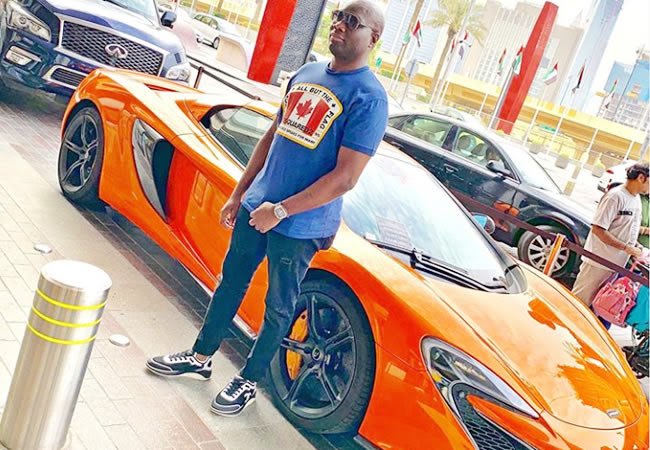 A businessmen, Ismaila Mustapha, has instituted a fundamental rights enforcement suit before a High Clurt of Lagos State, against the Economic and Financial Crimes Commission (EFCC) for detaining him beyond the constitutionally stipulated days.

Ismaila popularly called Morphe, in the suit filed by his lawyers, who include: Mr. Gboyega Oyewole (SAN), Ademola Adefolaju, Kolawole Salami and four others, is demanding the sum of N5 million as damages from the EFCC.

He is also seeking a court order directing the EFCC to release him unconditionally forthwith from its custody. And an order of perpetual injunction restraining the anti-graft agency or any person whatsoever acting for or on behalf of the agency from arresting and detaining him in relation to the subject of the suit without recourse to due process of law.
He is also seeking a court declaration that his continuous and further detention by the EFCC on the basis of the remand order granted on October 22, 2019, by Court 6 of Ikeja Magistrate Court, Lagos State, vide a form for request for remand pursuant to the Administration Of Criminal Justice Act (ACJA) and which elapsed and  or expired on November 4, 2019, without being charged and arraigned before a court of competent jurisdiction is unlawful, unjustifiable, unconstitutional and constitute gross violation of his fundamental rights to personal liberty and fair hearing as contained in section 35 (4) (5) and 36 of the 1999 Constitution (as amended.

The grounds for the application, according to the lawyers to the businessman is that their client is a Nigerian and entitled to fundamental rights as enshrined in sections 34, 35 and 36 of the 1999 Constitution of the Federal Republic of Nigeria (as amended) .
The lawyers also stated that on October 19, 2019, their client was arrested at the Nnamdi Azikwe International Airport, Abuja, and thereafter detained by the EFCC on account of alleged money laundering and other delated offences. Adding that on the same day, he was transfered to the agency’s detention facility in Ikoyi, Lagos from Abuja, before obtaining a remand order from the magistrate’ court of Lagos for period of 14 days and that since October 19, 2019, he has been held in detention beyond two days as stipulated by Sections 36 and 35 of the Constitution respectively.

Mompha lawyers also stated that the order of remand of their client having expired and elapsed, his continuous detention by the EFCC without been charged before any court of competent jurisdiction is unlawful, unjustifiable unconstitutional and in breach of his fundamental rights to fair hearing and liberty as contained in the Section 35 of the 1999 Constitution.
Also, the applicant in a 20 paragraph-affidavit, deposed to by Olumuyiwa A. Ajidagba, a lawyer, averred that in spite of the remand order of the magistrate court of Lagos, granting the EFCC to detain their client for 14 days pending investigation and arraignment, he has now been in the EFCC detention and custody for over 26 days unlawfully, as the order detaining him had expired since November 4.

Olumuyiwa also stated that the applicant has suffered and been subjected physical, mental and psychological torture in the underground cell at the EFCC’s detention centre.

The deponent further averred that unless the court grants the applicant’s prayers as sought on the motion paper, his fundamental rights to liberty and fair hearing will continued to be infringed and trampled upon by the EFCC in clear violation of 1999 Constitution (as amended)

No date has been fixed for hearing of the suit as it is yet to be assigned to any judge.