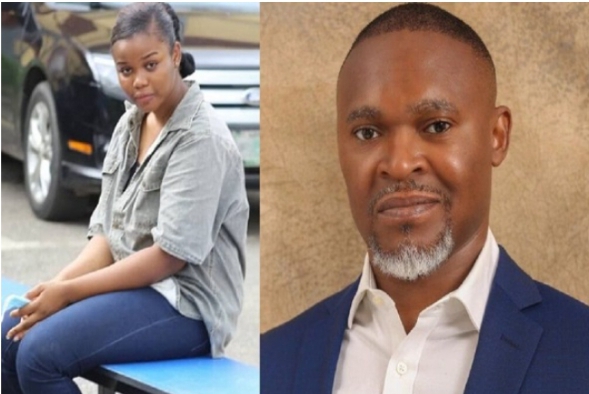 An Account Manager with Guaranty Trust Bank Plc, Mr Okike Obaji, who is also the Account Officer to the murdered Chief Executive Oficer of Super Television, Mr Usifo Ataga, today, told a Tafawa Balewa Square High Court of Lagos State, that his bank placed a No-Debit restriction on the deceased account immediately they learnt of his death.

Obaji told the Court that the bank learnt about Ataga’s death through the social media on June 17, 2021.

He made the disclosure while giving evidence at the ongoing trial of Chidinma Ojukwu, who was charged with Ataga’s murder.

Ojukwu is charged with murder, stealing and forgery alongside her sister, Chioma Egbuchu and one Adedapo Quadri.

At the resumed hearing today, the prosecution counsel, Mrs A. O. Oluwafemi, Deputy Director of Public Prosecution, led the witness, Obaji, in evidence.

Obaji said that the news about Ataga’s death was everywhere in the social media and so the bank acted to protect his assets.

“The bank placed a no-debit restriction on the account of Usifo Ataga, thereby ensuring that other transactions out of the account did not occur while waiting further confirmation for advice,” Obaji said.

When asked about the marked column in the bank statements of the deceased which he presented to the court, Obaji said that the marked remarks indicated the details of some specific transactions entries on June 16, 2021.

It would be recalled that Mogbo, the first prosecution witness, owns the apartment where Ataga was murdered.

During cross-examination, the witness said that the only bank transaction made by Ojukwu, was in June 2021 and the amount was N50,000.

Obaji said that the transactions were three in number and were made from Usifo Ataga’s account to Ojukwu’s, between June 13 and 14, 2021.

The witness said this when asked by the defendant counsel, Mr Onwuka Egwu, to mention how many transactions were in the name of Chidinma Adaora Ojukwu, between June 1 to June 14, 2021.

He also testified that on June 16, 2021, there were multiple transactions of N20,000 which were not debit transactions but credit.

Obaji said that from the remarks, the credit transactions were done through USSD bank codes.

Obaji also testified that there were two debit transactions of N101,200, made on June 16, 2021 to PayCom Digital Nigeria Limited and Capricon Digital.

He said that the two debit transactions were made through Automated Teller Machine (ATM) on the same day and the same amount.

Obaji told the court that the transactions that were made to Chidinma Ojukwu were through ATM.

He explained that it was only a person who had the pin number that could carry out those transactions.

Earlier, Justice Yetunde Adesanya over ruled an objection made by Ojukwu’s counsel that the witness should not be allowed to give evidence in the case.

He argued that it would be an infringement to the fair hearing of the first defendant, Ojukwu.

After all the argument, the judge adjourned the case till May 9 for the continuation of trial.

Chidinma who recently won Miss NCoS’ Beauty competition and the two defendants were arraigned on October 12, 2021 on a nine-count charge preferred against them by the Lagos State Government.

Ojukwu and Quadri are facing the first to eight counts bordering on conspiracy, murder, stabbing, forgery, making of bank statements and stealing.

The third defendant, Egbuchu, is facing the ninth counts of stealing of iPhone 7 belonging to the late Ataga.

Ojukwu and Quadri are alleged to have conspired and murdered Ataga on June 15, 2021 by stabbing him several times with a knife on the neck and chest.

The duo were also accused of committing forgery by procuring and making bank account statements purported to have been made by the deceased.