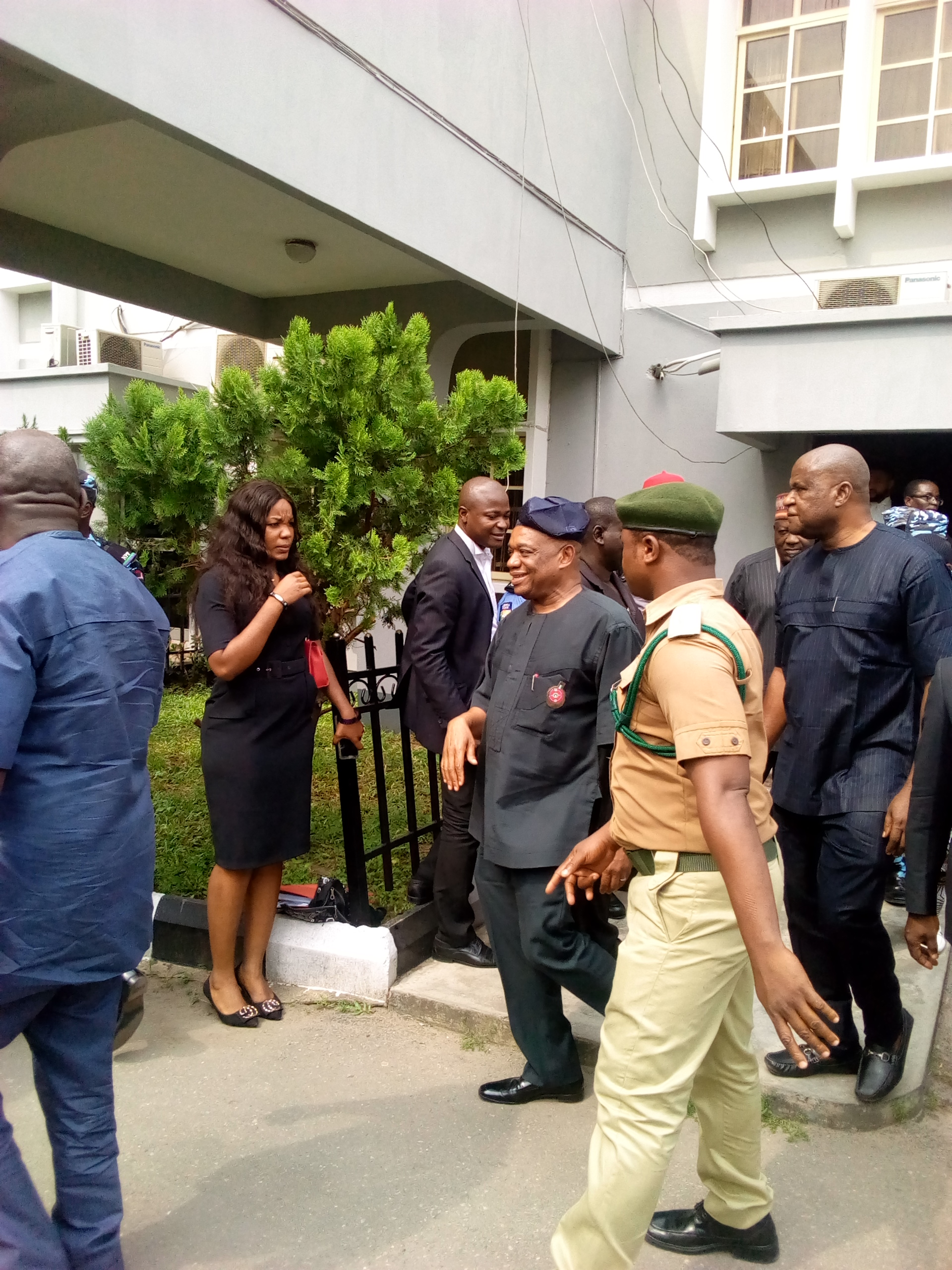 The Economic and Financial Crimes Commission (EFCC) for 12 years, prosecuted Kalu alongside his former Commissioner for Finance, Udeh Jones  Udeogo, and his Company, Slok Nigeria Limited on the alleged offences.

The charges were however, on July 16, 2018, subsequently amended, and the charge increased to 39 counts with the sum increased to N7.2 billion.

The convicts had each pleaded not guilty to the charges, and were granted bails.

Following accelerated hearing, Idris concluded trial of the defendants in August 2019 and adjourned the case for adoption of addresses.

On October 22, both the prosecution and defence counsel had respectively adopted their written submissions before the court and the matter was adjourned for judgment

At the resumed for judgment today, Justice Idris who came into the court at exactly 9.10a.m. informed parties that the judgment was 288 pages.

On the last count 39, he sentenced him to five years imprisonment.

For the Company, Slok Nigeria Limited, the court ordered that it be wound up and all its assets forfeited to the Federal government.

Justice Idris held that the terms of imprisonment shall run concurrently.