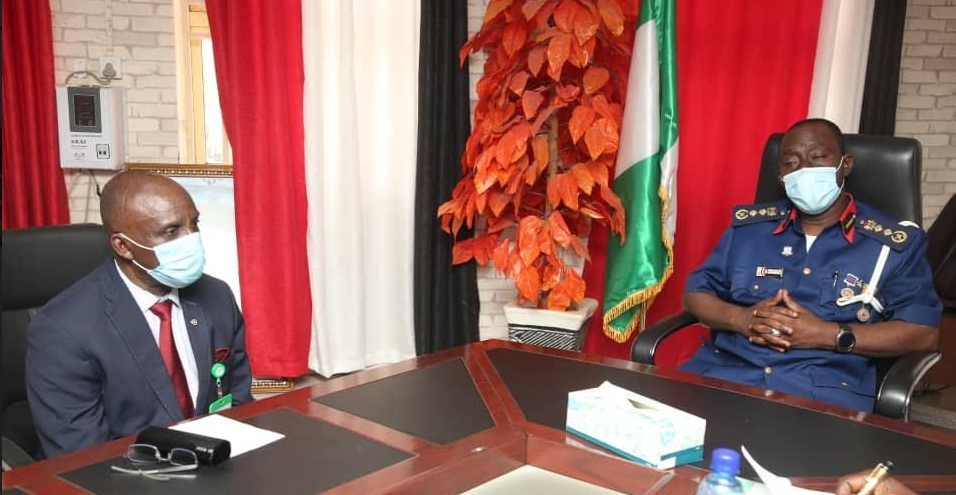 The Registrar and Chief Executive Officer of the National Examinations Council (NECO) Prof. Godswill Obioma, has commended the leadership of Nigeria Security and Civil Defence Corps (NSCDC) for integrity in service delivery.

Obioma lauded the efforts made by the Commandant General NSCDC, Abdullahi Gana Muhammadu to curtail the activities of criminal elements, especially those bordering on examination malpractice and corruption in the conduct of the NECO examination across Nigeria.

He counseled the Civil Defence Commandant-General, to continue to be diligent in his professional duties, saying that only Almighty God can reward his service to the nation.

“You have been diligent in carrying out your duties and God rewards hard work. Continue to do your best, don’t relent; your diligence will take you higher. And continue to stick to your God because God is the one who can reward any person adequately, not man; Obioma stated.

He added in a statement by Ekunola Gbenga, Media Assistant to the Commandant General that:, the presence of officials of the Nigeria Security and Civil Defence Corps (NSCDC) in examination halls has “drastically’’ reduced incidences of malpractice.

“Their presence has really helped in drastically reducing the many incidences of examination malpractice, we commend them for this,’’ he said.

He said the bulk of examination malpractice came from the hall where students engaged in practices such as exchange of textbooks while the supervisor looked the other way.

The NECO Boss particularly praised the high level of Professionalism displayed by the Corps operatives as well as the effective deployment of the personnel even to the remote area in the country.  He added that the level of integrity displayed on the field by the Corps attested to the fact that the leadership of the Corps takes the warfare of the personal very important.

On his part, the NSCDC’s Commandant General, Gana Mohammadu, pledged the continued support of his agency in ensuring the credibility of NECO examinations