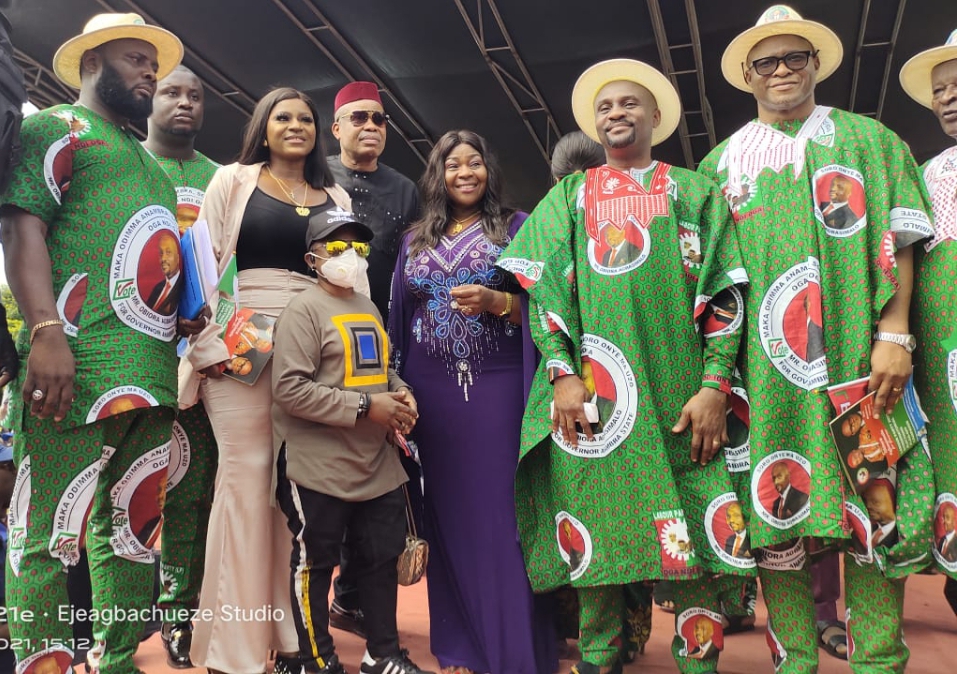 Obiora Agbasimelo, Being Surrounded By Members of AGN

It was like a carnival as some Nollywood actors converged on Anambra State, southeast Nigeria, to honour Obiora Agbasimelo a.k.a Oga Ndi Oga, for his immense support to the film industry as he flagged-off his campaign to become the first citizen of the State.

Promising to make Anambra state a hub for film makers added that he would address the plight of the downtrodden in the society.

In addition, he takes care of medical bills for so many Nigerians with critical health issues, as well as initiating several poverty alleviation programmes to address the plight of widows and families.