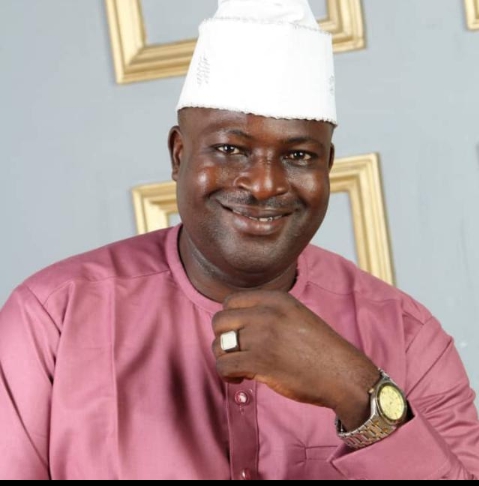 The OPC faction, Oodua People’s Congress (New Era) also dissociated itself from what it descried as Chief Adams’ ‘disrespectful comment’ on the national leader of All Progressive Congress (APC) and one of the Yoruba leaders.

Oodua People’s Congress (New Era) States that all what Chief Adams said concerning Asiwaju Tinubu, were his personal opinion and should not be attributed to OPC’s view in general.

The OPC faction said Chief Adams dislike towards Asiwaju Tinubu was due to rejection of his plea to get a chunk of Lagos State funds seized by President Olusegun Obasanjo’s administration, but released by President Yar’Adua’s government, by the former Lagos State governor.

The New Era faction of OPC has however advised Chief Adams to tender unreserved public apology to Asiwaju Tinubu and seek forgiveness from him in his alleged ‘unguarded outburst’, in order for peace to reign in Oduduwaland.

The New Era faction of OPC faction in a statement captioned Gani Adams Has Gine Too Far’, by its National President,  Rasak Arogundade, reads in part; “the Oodua People’s Congress (New Era) is dissociating itself from Comrade Gani Adams’ vitriolic and ill-advised disparage of the person of Asiwaju ‘Bola Tinubu.

“We are not condemn Adams’ disrespectful action but also advice him to go for training and counseling on how a true ‘omoluabi’ should relate and comport when addressing or with elders.

“We are compelled to issue this statement following the deluge of reactions that followed Adams’ disrespectful comments, many of which, by association, impinged on the name and character of our organisation, the OPC.

“We are again stress that Adam’s comments are his personal opinion and should not be regarded as that of the OPC as a collective. Our advice also goes to Adams to heed this advice and to seek forgiveness from Tinubu -as that was among the allusions in his unguarded outburst- in order for peace to reign in the house of Oduduwa.

“We give this advice, knowing that this is not the first of such unguarded reactionary behaviour which belie a personal and deep hatred for the person of Asiwaju Tinubu. It’s on record that Adams had publicly stated that he would never have anything to do with Tinubu again. And he stated further that he would rather head into the bush than tread the same path with his former benefactor.

“The animosity Adams abhors towards Tinubu is not new. It actually began long ago and followed Tinubu’s rejection of a plea by Adams to gift him a chunk of Lagos State funds seized by President Olusegun Obasanjo’s administration and which had then been recently released by President Yar’Adua’s government. The rebuff of this idea is at the bottom of Adams’ misguided behaviour ever since. Whilst the agitation for restructuring is one that any rightful thinking Nigerian (particularly a Yoruba) cannot but support, Adams’ virulent outburst is nothing but unbecoming.

“Tinubu’s position as a continued believer in the Nigerian agenda as opposed to the general wish of the Yoruba is a common fact which mirrors Aare MKO Abiola and Obafemi Awolowo’s. Yet, it does not translate to a rejection of the need for the restructuring of the Nigerian federation. In a speech he delivered at a gathering organised by the King’s College Old Students’ Association a couple of years back, Tinubu reiterated the need for restructuring Nigeria, likening its amalgamation to the wedding between a couple who although have their wedding certificate do not understand what it takes to make a marriage work.

“Besides, Tinubu has and continues to support agitation for restructuring, however, his touted ambition has seen him become the object of attacks by virtually everyone, including those he made and others in need of cheap publicity.

“We believe is a predicament Tinubu inflicted upon himself by neglecting his home base in favour of his Nigerian agenda. Although he is unarguably the Yoruba political leader/statesman to have benefited this generation the most, his political grooming has seen him take people from outside his geopolitical zone under his wings; notable among which are Messrs Ben Akabueze and Joe Igbokwe.

“Our advice to Asiwaju therefore is to rethink his strategy and tie up all loose ends back home before embarking on his Nigerian agenda.

“As long as the Yoruba still remain in Nigeria, we have no choice than to support any Yoruba person who aspires to national public office. Our fathers have a saying that ‘one does not neglect his own child and adorn the hips of another’s with beads’. There is hardly anything accuse Tinubu of that is not applicable to most other Nigerian politicians.

“Gani Adams who has been running from pillar to post in order to get the attention and patronage of President Buhari and who supported and campaigned vigorously for Alhaji Atiku Abubakar cannot claim not to have a Fulani agenda if so charged.

“That brings us to the matter of Gani Adams unbridled and avaricious partisan politicking. Although Adams has been for long a mercenary if not partisan political actor, his attack against our own is untenable.

“Adams needs to be reminded of the fact (even though he’s the major beneficiary) that partisanship led to the initial factional crisis that saw OPC break into two. He should also remember that it is the same reason that led to our sacking him from  leadership of the OPC.

“Last year, he declared unequivocally that he was entering partisan politics shortly. It is thus evident that Adams’ action is a premeditated, coordinated and callous attack which can only be understood by anti Yoruba elements such as himself.

“Besides, Tinubu has and continues to support agitation for restructuring, however, his touted ambition has seen him become the object of attacks by virtually everyone, including those he made and others in need of cheap publicity. This we believe is a predicament Tinubu inflicted upon himself by neglecting his home base in favour of his Nigerian agenda.

“Again, we reiterate the need for the Yorubas to rethink our strategies in order to achieve the best we can as a people so that we would leave the post of ‘journeymen’ which we have seemingly being repeatedly confined to”.