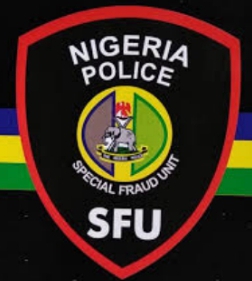 The defendants who are 19 years of age, were arraigned before Justice Daniel Osiagor on the alleged charges.

The defendants who told the court that they are undergraduates of Delta State University (DELSU), according to the prosecutor, Mr. Henri Obiaze, were sometimes in 2021, allegedly conspired among themselves to unlawfully convert the sum of $75, 000 USD, equivalent to N40 million, which they derived directly from the criminal activities of stealing and theft within the websites of Apex Multi-Trading Technologies Limited.

The prosecutor also told the court that the two defendants, fraudulently convert to themselves own use the mentioned sum, $74, 0000 USD, property of Apex Multi-Trading Technologies Limited.

Mr. Obiaze told the court that the alleged act of the two defendants caused Apex Multi-Trading Technologies Limited to lose the sum of $75, 000 USD, by suppressing the company’s data held in its computer for the purpose of conferring economic benefits to themselves.

He added that the defendants action contravened Section 14(1) of the Cybercrime (Prohibition Prevention etc) Act, 2015, and punishable under the same Act.

The two defendants pleaded not guilty to the charges.

With the defendants’ plea of not guilty, the prosecutor asked the court for a trial date and urged the court to remand the in the custody of the Nigerian Correctional Services (NCoS), till the determination of the charges.

Justice Osiagor while adjourning the matter till May 10, for trial, ordered that the defendants be remanded in the custody of NCoS.

The judge however, told their Counsel to approach the court once their bail appllication is filed and served on the prosecution.