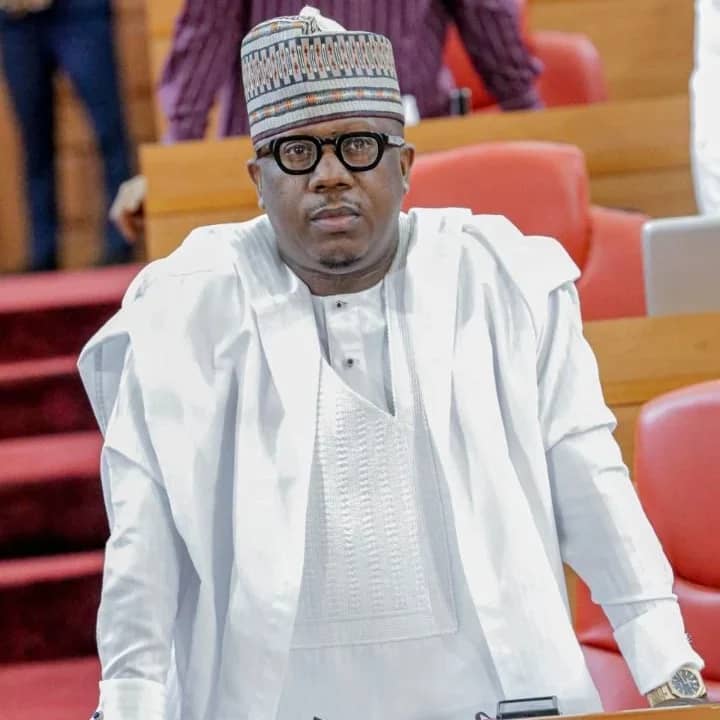 Mr. Tayo Ayinde, the Chief of Staff to the Lagos State Governor, Babajide Sanwo-Olu, has been criticized and condemned for alleged sponsoring of protesters and violence against a member of the Lagos State House of Assembly, representing Ikeja Constituency 1, Folajimi Jubril Mohammed, son of chieftain of the party, Lai Mohammed.

The condemnation is apparently in response to the orchestrated breakdown of law and order in Onigbongo LCDA of Ikeja Local Government Area of the state.

stakeholders who addressing journalists on the development, accused the Chief of Staff of using his office to harass perceived political enemies in order to impose his preferred candidates in the APC’s State House of Assembly Primary election.

The stakeholders in a statement made available to the journalists, particularly insisted that Tayo Ayinde “who rose through ignoble means is using the instrumentality of his office to scatter Onigbongbo LCDA and Ikeja 1 Constituency. The peace we were all enjoying in Ikeja 1 came to a standstill when this man got his position as Chief of Staff in 2019. He has been orchestrating violence in the party and from one division to the other.”

The statement further noted, “Tayo Ayinde was nobody politically before 2019 and has been trying all his efforts by all crooked means to take over the structure from leaders who have been labouring over the party while he was still a DSS officer. These leaders he now treats as nobody were the ones who built the party together with our National Leader, Asiwaju Bola Tinubu when Tayo was carrying folders behind him.

“Every chaos you see in Onigbongbo today has his hands in collaboration with people who can be likened as gluttons and greedy fellows whom because of a morsel are selling their birth rights. Many times Tayo Ayinde has failed in his machinations to take over the reins of leadership, he wants to reap where he did not sow and many times God has disgraced him by letting him down from all his evil plans.

“This is another election period as we approach the primaries in few days; his evil machinations have arisen by buying forms for three different aspirants and by ensuring that the performing HoA, Hon. Folajimi does not return. As he has always failed in the past, this time, he will fail again by the special grace of God. All the enemies of peace and progress in onigbongbo will fail this time again, the lord will fight for the genuine leaders of Ikeja 1, and they shall hold their peace.

“We are calling on the state chairman of our party and our highly revered leader, Asiwaju Bola Tinubu to rescue us from this evil man called Tayo Ayinde to give peace a chance in onigbongbo LCDA and let the will of the majority stand and not his selfish will.”

The stakeholders noted that Folajimi Mohammed has performed excellently well and the majority of people in the constituency are happy with his performance.

According to the stakeholders, “Hon. Mohammed has performed well. We are happy with him. He operates an open-door policy as a lawmaker and public servant.

“It is an open secret that any proven resident of his Constituency has automatic access to his office. And he is directly contactable by every person he represents.

“We have witnessed more projects in his tenure than any House of Assembly member.”

The stakeholders while expressing confidence in the victory of Folajimi Mohammed, noted that major leaders in the LCDA like the Chairperson of the party, Alhaja Iyabode Aminat Akerele and Chief Ebenezer Akinbolade, former Commissioner for Establishment and Training and an Apex Leader in Onigbongbo LCDA are all in support of his re-election bid.