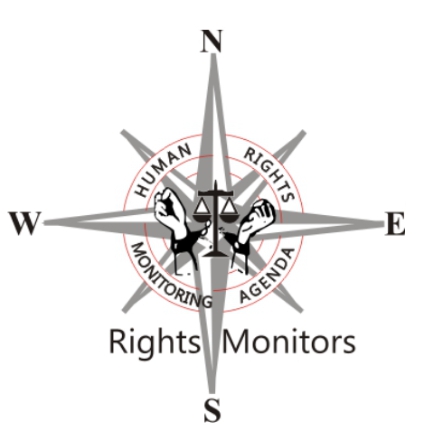 The legal department of Human Rights Monitoring Agenda (HURMA) a human rights organisation, has dismissed a prosecution threat made against it’s Executive Director, Comrade Isiak Buna, over a news story published on the group’s site, wherein he urged the people of Shomolu Local Government, to blame politicians in the area for a killing that occured recently.

Comrade Buna in the news captioned “Shomolu Killing, Hold Dullar, Olowo And Kuye Responsible Not The Police”, which was published on the group’s site, Human Rights Monitoring Watch, published on September 19, 2021

Following the news report, a lawyer, Ayoola Julius, counsel to Honourable Ade Kuye, one of the above-mentioned politicians, in a letter dated September 21, 2021, had asked the Human Rights group to pull down the story, retract same and tender ‘unreserved apology’, and failing to do so, will resort to arrest and criminal prosecution.

However, Mr. Lekan Alabi, the Legal Head of the group, the publication on the that occured recently in Shomolu LGA, was not was not libelous, mendacious and seditious, as claimed by the politicians in the local government, that could warrant prosecution against the group’s Executive Director.

Alabi described the prosecution threat  by the lawyer as “a great legal error’ which he did not appropriately advising his client. He also counseled the politicians, to seek redress through civil litigation, rather than resorting to the threat of criminal prosecution.

He said should the politicians contemplate using the instrument of the state to harass and arrest the person of Comrade Buna, all the members of HURMA and other Civil Society Groups shall start a political action against them, which includes but not limited to world press conference, field agitation, civil disobedience and peaceful rallies.

The letter reads in part: “Your letter dated the 21st September, 2021 to our Executive Director, Comrade Buna Isiak Olaitan in respect of the above subject matter has been passed to us for our legal response.

“The area of interest of our response is your Client’s veiled threat of criminal prosecution of Comrade Buna Isiak Olaitan should he failed to retract the said publication. It is the belief of our team that you have made a great legal error in not appropriately advising your client, a national law maker that Seditious Offences Ordinance of 1909 which was reproduced in Section 51 of the Criminal Code had been abolished. In other words, you are making use of a dead law to intimidate a great social worker. It is against this background that we urge your good self to advise your client by making use of the authority of  ARTHUR NWANKWO V. THE STATE where Olatawura(JCA)(as he then was) stated thus: “To face public criticisms in respect of their office so as to ensure that they are accountable to their electorates. They should not be made to feel they live in an Ivory Tower and therefore belong to different class. They must develop thick skin and where possible, plug their ears with cotton wool if they feel sensitive or irascible. They are within their constitutional rights to sue for defamation but they should not use the machinery of government to invoke criminal proceedings to gag their opponents as the freedom of speech guaranteed by our constitution will be meaningless.”

“Having regard to the above statement of the law, we are appalled that your client is contemplating a criminal prosecution of a genuine human right activist who toiled along others against the military dictatorship to have a rickety democratic space where your client is enjoying without a corresponding responsibility. In a democracy, there is nothing like “the king does no wrong”.

“On this issue of criminal prosecution of a patriotic Nigerian citizen, kindly advise your client to perish the thought as it is going to be a waste of tax payer’s money being collected by him.

“On the civil litigation, your client is at liberty to exercise his fundamental rights of access to justice. We will be glad to have him in the witness box for cross-examination. We hasten to add that “the law is an ass”, your client may need to reconsider his step.

“By this letter, we want to draw your attention to the conversation you had with Comrade Buna Isiak Olaitan on the 23rd day of September, 2021 intimidating him to retract his publication. Our team has analyzed the conversation, in good conscience we believe that your conversation is a professional misconduct and Comrade Buna Isiak Olaitan has considered reporting you to the Legal Practitioners’ Disciplinary Committee for an appropriate sanction.

“TAKE NOTICE that should your client contemplate using the instrument of the state to harass and arrest the person of Comrade Buna Isiak Olaitan, all the members of HURMA and other Civil Society Groups shall start a political action against your client which includes but not limited to world press conference, field agitation, civil disobedience and peaceful rallies”.