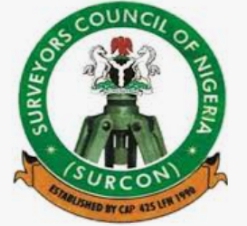 Surveyors in Lagos State have asked the Lagos State Surveyor-General to obey the recent judgment of the Lagos Federal High Court, which nullifued Section 5 of the State’ Survey Practice Law and permitted any surveyor to practice the profession in any part of the State without any hindrance.

The surveyors counsel to the Surveyor-General of Lagos State, was contained in a letter written by the lawyer, Osaretin Ogbebor, over the alleged refusal by the officials of Surveyor-General to accept for lodgement, the record copy with Plan No: TOC/0699/06/2022/LA, dated the 10th of August, 2022, prepared by Surveyor Olatunde M. Olarinre, which was rejected for lodgement and marked as “Old Yaba Acquisition.”

It would be recall that Justice Daniel Osiagor had on August 2, 2022, while delivering judgment in the suit marked FHC/L/CS/1789/2020, nullified Section 5 of the Survey Law of Lagos State, which requires Surveyors to obtain written consent of the Surveyor General of Lagos State before carrying out survey on any State land or land acquired by the Lagos State Government.

Justice Osiagor had also held the Lagos State House of Assembly acted unconstitutionally to have enacted the law. Adding that Surveyors Council of Nigeria is the only body vested with authority to regulate and control survey practice/profession throughout the Federal Republic.

The judge also held further that the engagement of Surv Olatunbosun David, Surv Adesina Adeleke, Surv Akomolafe A.O, Surv Odetunmobi O. Olufemi, Surv Mrs Akintaro, Surv Michael Adebisi Alonge, Surv. Egbeyemi Lateef by the Surveyor General via a letter dated 15 September 2020 with Reference No. OSSG/CAD/2020/Vol. 1/ 033, as the only Surveyors to carry out surveys in the Mende Revocation Area, to the exclusion of the Plaintiffs [and every other Registered Surveyor in Nigeria] is hereby set aside for being in gross violation of the provisions of Sections 4(d) and 19(1) of the SURCON Act, Sections 1(3), 1(5) and 3 of the Guidelines for the Conduct of Survey Practice in Nigeria 2020.”

The surveyors who are plaintiffs in the above mentioned suit, while reacting to o the alleged refusal of the Surveyor-General’s refusal to accept for lodgement, the record copy with Plan No: TOC/0699/06/2022/LA, dated the 10th of August, 2022, prepared by Surveyor Olatunde M. Olarinre, in a letter captioned “the act of disobedience to the judgement of the Federal High Court, Lagos, in Suit No: FHC/L/CS/1789/2020, between Surv. Adaranijo Ibikunle Ganiyu Rafiu and six others and Surveyor-General of Lagos State and 10 others and it’s incidental effect.”

“The attention of our clients has been drawn to the refusal by your good self and officers in your office to comply with the judgement of the Federal High Court, Lagos in the above suit dated the 2nd day of August, 2022.

“One of such act of non compliance with the judgement of the Court is the refusal by officers in your office to accept for lodgement, the record copy with PLAN NO: TOC/0699/06/2022/LA, dated the 10th of August, 2022, which was prepared by Surv. Olatunde M. Olarinre. The said record copy was rejected for lodgement and marked “OLD YABA ACQUISITION” despite the orders of the Honourable Court to the contrary. A copy of the letter of submission of the record copy and pillar returns, as well as the record copy itself as marked and rejected is hereby annexed as an evidence of our clients’ assertion.

“To this end, we have the instructions of our clients to bring to your notice the implications of disobeying Court orders in Nigeria.”

Directing the Surveyor-General’s attention to consequence of disobeying court order, the surveyors’ counsel cited the case of “Rt. Hon. Michael Balonwu & Ors -V- Governor of Anambra State & Ors (2007) 5 NWLR {Pt. 1028} Page 488 at 564 565 paragraphs B G per DENTON-WEST JCA held thus: “An order of Court whether valid or not must be obeyed until it is set aside. An order of Court must be obeyed as long as it is subsisting by all no matter how lowly or lightly placed in the society. An act of disobedience towards an order of Court can render any further act by those who have acted disobediently to sanctions from other Courts because no Court would want its orders flouted. This is what the rule of law is all about hence the Courts have always stressed the need for obedience of Court orders.”

He also cited the case of Oshiomhole & Anor v. FGN & Anor (2004) LPELR5188(CA) that “But in a democratic polity, where principles of rule of law are firmly entrenched in the system, it will be working in an anticlockwise direction, an affront and indeed an onslaught on democracy if a person or body of persons however highly placed, shall decide to brush aside, downgrade and ridicule a Court’s order. The Court, on the other hand is always jealous of its decisions and will not allow anyone to ridicule it. A Court of law is never a toothless bulldog, it can bark, bite, brake and may, as circumstance may warrant, eat up the bones.”