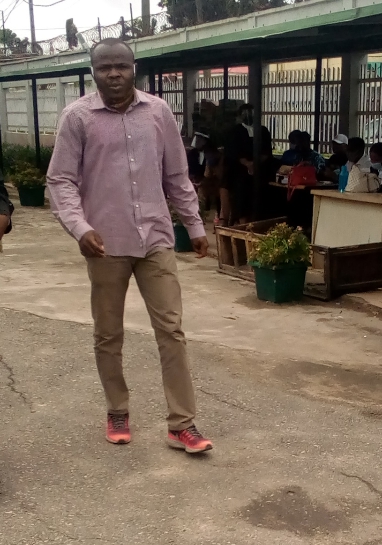 A private school, Folarin Olayinka, was today, convicted and sentenced to 10 years imprisonment, by a Lagos Federal High Court, for counterfeiting sum of $38,315 USD.

The convict, whose trial started 2010, was found guilty of two out of seven counts charge made against him by the Economic and Financial Crimes Commission (EFCC).

The convict, was charged before Justice John Tsoho, the current Chief Judge of Federal High Court, on seven count charge of intent to defraud, unlawful possession of foreign currency and forging of foreign money order.

The offences according to the prosecutor, Mr. Samuel Daji, who inherited the case file from the former EFCC’s Head of Legal Department, Mr. Sule Hassan, a Federal High Court judge, were Contrary to Section 6(1) and Punishable under Section 3th) of the Counterfeit Currency (Special Provision Act Cap. C35 Laws of the Federation of Nigeria 2004. And Section 1(2) (a) of the Miscellaneous Offences Act No. 20 of 1983 as amended by Act No. 62 of 1999.

Justice Chukwujekwu Aneke, who read the judgment prepared the the Court’s Chief Judge, Justice John Tsoho, pronounced the convict guilty of count one and two of the charges and sentenced him to five years imprisonment on each count.

The judge while ordered that the conviction commences from today, however stated that the jail terms shall run concurrently.

The convict was said to have on January 29, 2008, at Idi-Iroko, Lagos, with an intent to defraud attempted to export without authority 79 pieces of United States of America of Global Currency Services Money Order, valued at $38, 315.00

He was also said to have fraudulently forged a United State of America Global Currency Services Money Order No. 059612450 With the value of $485

The convict had pleaded not guilty to the charges. And he was consequently admitted to bail.
During his trial, the prosecution called four witnesses and tendered several exhibits, which included the forged money orders.

While the convict was the only person that testified before the court and anchored his action to his poverty status.