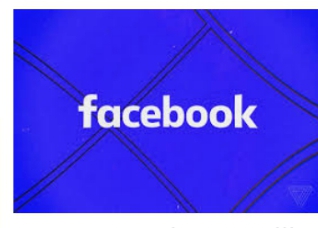 For an umpteenth time, the Lagos Division of the Court of Appeal, has dismissed an appeal filed by Facebook Inc and Facebook Ireland Limited against the Judgment of Justice Ayokunle Faji of the Federal High Court, Lagos, which ordered Facebook to pay sum of N10 million to a Nigerian firm, Double Paws Enterprises, as damages for unlawfully interfering with the firm’s trademark use.

The three man-panel led by Justice Abdullahi Muhamud Bayero, dismissed the appeal for being fundamentally flawed.
The Nigerian firm, Double Paws Enterprise, had sometime in July, 2017, dragged Facebook Inc and Facebook Ireland Limited before the Federal High Court in a suit numbered FHC/L/CS/1164/2017, through its counsel, Gideon Okebu of GM George-Taylor & Co., wherein Double Paws Enterprise prayed for an order of perpetual injunction restraining the defendants, its agents, privies, assigns, successors in title and legal representatives from taking further unlawful steps to harass, intimidate or interfere with its right to use the registered trademark; Pawsbook. Com & Device.

Double Paws Enterprise also sought for an order compelling the Facebook group to pay the firm the sum of $10 million as general damages and another $1 Million for exemplary damages.

In asking the court for the orders, the Nigerian firm had prayed the court to determine whether having regard to the unchallenged registration of Pawsbook. Com & Device as a class 41 trademark, under Trademark Act Cap T13 LFN, it has right to use the trademark in doing business.

Whether the defendants being international companies that are proprietors of a trademark, Facebook, registered under the laws of Nigeria, under Trademark Act Cap T13 LFN, can seek to render nugatory and abrogate another registered trademark, registered under Nigerian law, through self help and without recourse and in complete disdain for the provisions of Section 6 and 36 (1) CFRN 1999 (as amended) and Section 20, 21, 39, and 54  of the Trademark Act.

And whether the defendants are lawfully entitled to harass, intimidate or coerce the plaintiff and his business name, to abandon his registered trademark, having regard to the provisions of Section 49 of the Trademark Act among others.

In their responses to the suit, the defendants through their counsel, White and Case, an international law firm and Jackson Etti & Edu, a leading intellectual property law firm in Nigeria, had alleged that the plaintiff’s account was blocked as a result of several contractual breaches, which contravened the Statement of Rights and Responsibility (SRR) entered by the parties at the time of opening the Facebook Accounts.

They further alleged that the court had no Jurisdiction by virtue of a jurisdiction clause in the SRR, which stipulated that the venue of resolving disputes would be the district Court of California. The defendants also argued that the Trademark certificate given to the defendant was invalid.

In countering the respondents’ arguments, the plaintiff’s counsel, Okebu, urged the court to jettison the defence of Facebook, as an afterthought.

He referred the court to several documents which emanated from Facebook prior to litigation, which clearly showed that the reason for blocking the plaintiff’s business integration was not for any contractual breach but as a means of coercing the plaintiff to abandon his registered trademark.

Okebu further urged the court to discountenance the submission that the court lacked jurisdiction, while emphasizing that the plaintiff’s cause of action did not stem from contract but from a trademark dispute. He referred to authorities affirming the position of the law that Jurisdiction is conferred by the claims of a Plaintiff.

In his judgement, Justice Faji after considering the facts, the documents and the arguments of both counsel, said the plaintiff’s application has merit and granted the reliefs sought for which included an order of perpetual injunction and an award of N10 million as general damages against the defendants .

Dissatisfied with Justice Faji’s decision, the defendants through their counsel, White & Case LLP and Jackson Etti & Edu, approached the Appeal Court to upturn the court’s verdict.
However, counsel to the Nigerian firm, Gideon Okebu, opposed Facebook’s appeal for being incompetent and fundamentally flawed. Okebu urged the appellate court to dismiss the appeal.
The three-man panel led by Justice Abdullahi Muhamud Bayero JCA, who delivered the lead Judgment, upheld the Okebu’s submission and dismissed Facebook’s appeal.