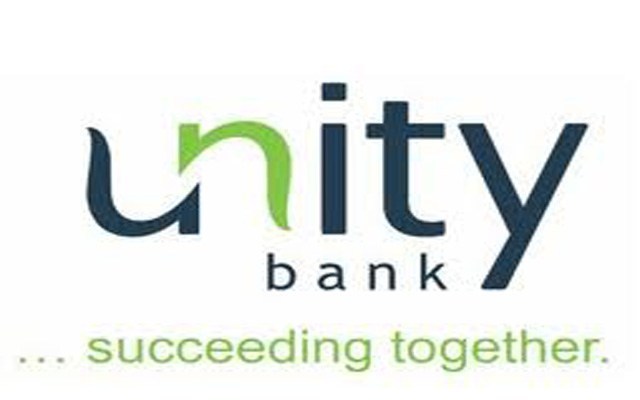 Consequently, Justice Jose, has ordered Unity Bank Plc, to forthwith release to the Late Brigadier’s son, Mr. Tunde Adelaja, all that documents of title to wit: Certificate of Occupancy (CofO) numbered 78/78/19833 and dated 21st April 1983 together with all of that Deed of release of legal mortgage executed by Union Bank Plc in respect of all that property situate at No 14 Block K, Ojota/Ogudu Residential Scheme (now known as 13, Craig Street, Ogudu GRA Lagos State)

The judge also declared that the retention and continued retention by the Unity Bank Plc, in its Custody of the documents of title belonging to the Estate of Late Brigadier (Dr) Olukayode Adelaja to wit: Certificate of Occupancy number 78/78/1983B dated 21st April 1983, together with all of that Deed of release of legal mortgage executed by Union Bahk Plc in respect of all that property situate at No 14 Block K, Ojota/Ogudu Residential Scheme (now known as 13, Craig Street, Ogudu GRA Lagos State) without justification is wrongful and unlawful.

For the said unlawful and illegal acts, Justice Jose consequently, slammed the bank a damage sum of N250, 000, 00.

Justice Jose made the above decisions, while delivering judgement in suit instituted by the Late Brigadier General’s son, Tunde Adelaja, against the Bank.

The Late Brigadier General’s son, Tunde, had dragged Unity Bank Plc before the Court in a suit marked LD/2218/2010, asked for the above orders and declarations and demanded for the sum of N50 million as damages for wrongful and unlawful retention of his late Father’s title documents.

During the trial of the suit, the Claimant, who is one of the Administrators to the Late Brigadier’s Estate, had testified before the court and narrated how the title documents were fraudulently obtained from the Probate and used as by one of his siblings to obtain loans from Union Bank Plc, without his knowledge and consent. And that he did not know his the title documents got to the custody of Unity Bank Plc.
The claimant, during the trial of the matter, tendered several documents which include: Certificate of occupancy no 78/78/19838; Letters by Ibidapo Oyebolu & Co to the Unity Bank Plc, dated 26th March 2012, 27th April 2012; Certified True Copy of Judgment in Suit No lD/94/2012; Last Will and Testament of the late Brigadier; Letter by A.Q Oyemade & Co., to the Registrar Probate Section lkeia dated 12th May 2008; Letter by Edewor & Co to the Probate Registrar Lagos and Probate documents Exhibit P8-P13, & Probate of the Estate of the Late Brigadier.

In defence, Unity Bank only filed a statement defence dated October 19, 2012 and applied to join one Ayodeji Adelaja and Asset Management Corporation of Nigeria (AMCON) as first and second-third parties to the suit. But never present any witness to testify.

Unity Bank did not file any address in spite of service on it of the Claimant’s address.

Delivering judgment in the suit, Justice Jose after cited several plethora of legal authorities held that: “the court agrees with the Claimant’s Counsel that the issue for determination is whether the Claimant has proved his claims before the Court.

“The law is elementary that the burden of proof is on the party who alleges the affirmative. Whoever desires any court to give judgment as to any legal right or liability dependent on the evidence of facts which he asserts must prove that those facts exist. The burden of proof in a suitor proceeding lies on that person who would fail if no evidence; at all were given on either side. In civil cases the burden of first proving the existence or non-existence of a fact lies on the party against whom the judgment of the court would be given if no evidence were produced on either side, regard being had to any presumption that may arise onon the pleadings.

“Said proof of civil matters is decided based on the preponderance of evidence or the balance of probabilities.

“The law is also settled that where a Defendant fails to lead evidence his pleadings will be regarded as abandoned and of no use.

“Flowing from this, where the evidence tendered by the Claimant is not debunked or controverted and same is good and credible evidence then it ought to be relied upon by a trial Judge.

“Where, however, one party fails or refuses to submit the issues he has raised in his pleadings for trial and does not give or call evidence in support thereof, the trial court, unless there are other legal reasons to the contrary, may resolve such issues against such defaulting party. In the same vein, where evidence given by a party to any proceeding was not challenged by the opposite party who had the opportunity to do so, It is, always open to the court seised of the matter to act on such unchallenged evidence before it.

“In the Court’s view,  the Claimant’s evidence and the documents tendered have show clearly that the probate of the Estate was granted to the Claimant and other executors who included Ayodeji Adelaja. The said evidence was not debunked or controverted under cross examination. It is therefore clear that title to the properties of the Estate being vested in the Executors on behalf of the beneficiaries upon the grant of probate to them. it was wrong and fraudulent of Ayodeji Adelaja and his sister to have applied for fresh letters of Administration over the subject property which was part of the properties covered by the grant of probate. The letters 9f administration obtained by Ayodeji and his sister have in fact been set aside on the ground of fraud in Suit No ID/94/2012.

“Having found as above, the Court will hold that the Claimant is entitled to reliefs 1 and 2 sought by him and it is hereby declared that the retention of the documents of title belonging to the Estate of late Brigadier (Dr) Olukayode Adelaja to wit: certificate of occupancy number 78/78/19838 dated 21th April 1983 together with all of that deed of. release of legal mortgage executed by Union Bank Plc in respect of all that property situate at No 14 Block K, Ojota/Ogudu Residential Scheme (now known as 13, Craig Street, Ogudu GRA Lagos State is without justification is wrongful and unlawful. An order is made directing the defendant to return the documents to the Claimants forthwith.
With regards to the 3rd prayer for N50 Million damages for the wrongful detention, I would note that the evidence showed that the Defendant may not have set out to carry out a wrongful act when it collected the title documents as it was not shown that it was part of the fraudulent procurement letters of administration by Ayodeji Adelaja and has sister. I will therefore not grant the damages claimed. Reliefs three and four are therefore refused.