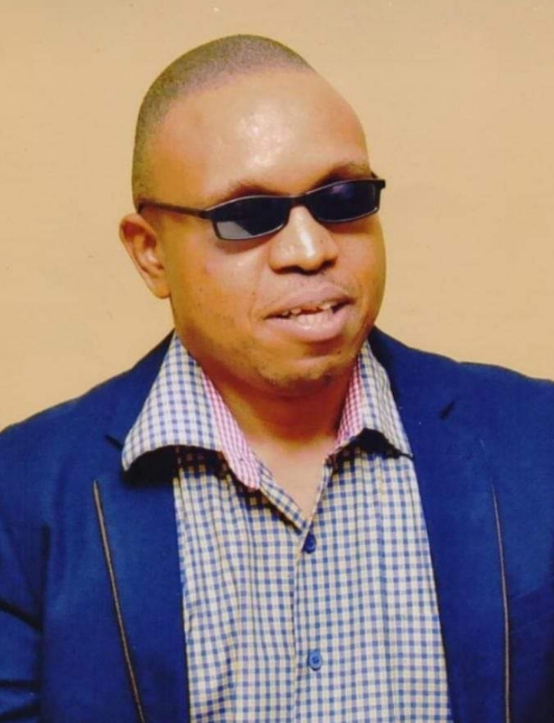 The pre-action legal notice, was written on his behalf by a group of human rights lawyers led by Barrister Debo Adeleke and specifically addressed to Chairman/CEO of Green Africa Airline.

Mr. Victor through his team of lawyers is demanding a total sum of N22. 5 million being damages for subjecting him to untold hardship and psychological depression.

The aggrevied broadcaster is also demanding a public apology to be published in at least two National Newspapers and a sum of N70,000.00 being refund of the flight ticket paid by the client with 10 percent interest.

The letter signed by Barrister Adeleke claims, “We are a group of Human Right Lawyers defending the rights and privileges of the down trodden and upholding the sanctity of the Constitution of our Dear Motherland, Nigeria.

“In the course of our responsibility, we act as the barometer for the enforcement and defending the 1999 Constitution of the Federal Republic of Nigeria (As Amended).

“He is equally a bonafide and accredited member of Physically Challenged Aid Foundation (PCAF).

Narrating the circumstances that led to the inhuman and psychological trauma Oteri was made to undergo by the airline officials, the letter claims that  sometimes on March 4 and 5 2022, our client had a scheduled Professional Engagement in Ilorin, the Capital of Kwara State.

“That he purchased a flight ticket of your Airline with the First Flight from Lagos to Ilorin on 4th March 2022.

“That he was scheduled to travel on your first flight which is 7am flight from Lagos so as to be able to catch a scheduled programmed at 9am with a return flight by 15:15pm on Saturday 6th March 2022.

“That the round trip cost him a total of N70,000 (Seventy Thousand Naira) which he promptly paid and the flight ticket was issued to him accordingly.

“For the purpose of elucidation and clarification, his Booking Reference is – S4Q7US while his Number is – Q9 304 LOS ILR for going and Q9 305 ILR-LOS for the return trip.

“Your flight to Ilorin was to depart at Alfa Hall of General Aviation Terminal (Old Terminal) Muritala Muhammed Airport Lagos.

“In order for our client to catch up with the 7am scheduled flight, he got to the Airport with the Assistant of his Driver at 6am for pre-travel formalities.

“Our client duly completed his boarding formalities in company of his Driver Mr. Alex Ahigbe at the Green Africa Airline check-in-Counter.

“When our client was about to board the Aircraft, he was embarrassed by one Obinna Igbokwe who was described to be Green African Airline Desk Coordinator that he would not be allowed to go on board of your flight even when all formalities have been duly completed on the ground that it is the policy of Green Africa Airline not to allow any passenger with Physical Disability to travel on your flight unaided.

“Our client did everything humanly possible to convince the Airline operators that he has completed his boarding formalities and the Airline is duty bound to call for necessary assistance in compliance with the best global practice in general and NCAA Policy in particular.

“Besides our client’s driver was able to convince one of the travelers on the same Aircraft to give his Boss a necessary helping hand to the Aircraft. As if the above is not enough, one of the travelers equally travelling on the same Aircraft volunteered to accompany our client on his trip since they were going to the same destination and to end the show of shame, dehumanizing and discrimination by the Airline against our client.

“Mr. Igbokwe remained adamant and prevented our client from boarding the Aircraft inspite of paragraph 10 above.

“Our client frantically searched for any official of NCAA to intervene in the ugly situation. Our client even told the Airline Officials that he has been travelling both Locally and Internationally on flights for more than 15 years on his own but have never been subjected to such a humiliation and discriminatory policy.

“Consequently, our client was not only psychologically traumatized but failed to achieve the purpose of booking the Green Africa Airline for 7am to meet up with his scheduled programme for 9am at Ilorin, the capital of Kwara State.

“It might be pertinent to put it on record that our client made enquiries for other Airlines going to Ilorin that day. Luckily enough, our client was able to book another ticket of another Airline called Overland Airline later in the day and he was placed on their Aircraft without any modicum of difficulty.

“Our client eventually left Lagos to Ilorin on a later flight though unable to meet his scheduled programme at 9am in the morning. In fact our client was about 3 hours behind the schedule of the programme he travelled for.”

Damages Suffered By Our Client Vis-A-Vis Discriminatory And Inhuman Treatment Meted To Our Client By Your Airline.

“That our client was subjected to inhuman discrimination and dehumanization by your Airline which led to his being psychologically traumatized.

“That your Airline’s Policy is unnecessary fanatical commitment to procedural stipulations and legally indefensible to the extent that a co-passenger volunteered to accompany him yet your officer disallowed him to board the scheduled flight.

“That your action and policy of your airline is glaringly in contravention of Section 14(1) of Discrimination against persons with Disabilities (prohibition) Act 2019 and section 42 of Constitution of Federal Republic of Nigeria 1999 (As Amended).

“That your action is equally antithetical to Universal Convention on the Right of Persons with Disabilities (CRPD), In Particular: Articles 4(3),5,9(1),19,26(1) and 33, also Articles 5(2) and 15(1) of the Protocol to African Charter on Human and Peoples right on the rights of persons with Disability in Africa.

“Article 4 of CRPD emphatically stated that tolerance, understanding and reasonable accommodation of Physically Challenged persons by those who do not suffer the same fate shall be encouraged. In other words, any person who does not suffer any physical disability owe a duty of care to the people with physical disabilities contrary to your Airlines so called policy and the inhuman treatment that our client was subjected to.

“That our client was unable to attend the programme he was scheduled to attend in Ilorin which he had been paid for. Consequently, he was forced to refund the amount he was paid by the organizer of the programme and thereby suffered financial loss. In other words, the action of your Airline caused our client loss of income.

“Also, your action caused our client loss of goodwill and integrity which cannot be quantified monetarily.Article 9 of Universal Convention CRPD require that all people with disability have the right to live independently and to take part in all aspects of life like their Counter-Part who do not suffer the same fate.

OUR CLIENT’S DEMAND/PRAYERS:
In view of the above enumerated hardship and inhuman treatment suffered by our client, our client hereby demands as follows: A sum of N20 million, being damages for subjecting our client to untold hardship and psychological depression.

“A public apology to be published in at least two National Newspapers.

“A sum of N70,000.00 (Seventy Thousand Naira) being refund of the flight ticket paid by our client with 10% interest.

“A sum of N2,500,000.00 (Two Million, Five Hundred Thousand Naira Only) being loss of Revenue/Income from the event he was paid to anchor in Ilorin, Kwara State.”

Please Note that in event of your failure, refusal and neglect to accede to our client’s demands within 14 days of the receipt of this letter (postal rule applicable) our client will have no other option than to seek a legal redress in  a Court of Competent Jurisdiction

Reconcilatory Option: In strict compliance with the relevant High Court of Lagos State (Civil Procedure) Rules 2019 and practice direction, the rule encourages possible settlement by the parties, hence our client being a law abiding citizen and peace loving, has instructed us to comply by the said rule despite your staff behaviour, intimidation and harassment foisted on our client which to say the least caused our client unimaginable pain, sorrow and psychological trauma. He is willing and ready for a possible amicable settlement of the matter between parties by way of Alternative Dispute Resolution to avoid situation of rigorous litigation.

For emphasis’s sake and without prejudice to the 14 days given to you, our client is still open to amicable settlement despite the fact that your action is antithetical to global best practices in aviation industry.

Please Note that this letter also doubles as a Pre-action Notice which is a sine qua-non and preparatory to instituting Court action against you in accordance with Order 2 of the High Court of Lagos State (Civil Procedure) Rules 2019 and Practice Direction No. 2 of 2019.

In event parties are not able to settle this matter amicably our client claim against you shall be as follows: a declaration that the failure and/or refusal of Green African Airline to fulfil its contractual obligations to our client in person of Victor Oteri, a visually impaired employee of Lagos State is wrong, inhuman & discriminatory.

A declaration that the so-called policy of Green African Airline is glaringly in contravention of S. 14(1) of Discrimination against persons with Disabilities (prohibition) Act 2019 and Section 42 of Constitution of Federal Republic of Nigeria 1999 (As Amended).

A declaration that the attitude and the insensitivity of Green African Airline to the Plight of our client despite the fact that there was a volunteer that willingly offered to travel with our client to accompany him on the same trip and the same destination is antithetical  to Universal convention on the Right of persons with Disabilities (CRPD) in particular Article 4(3), 5, 9(1), 19, 26(1) and 33 and Article 5(2) and 15(1) of the Protocol to African charter on Human and peoples Right on the rights of persons with Disability in Africa.

An order for the sum of N20 million being damages for subjecting the Claimant to untold hardship and psychological trauma.

An order for the payment of N2. 5 million being loss of Revenue/Income from the event Claimant was engaged to anchor in Ilorin, Kwara State on 4/3/2022. And an order for the sum of N70,000 plus 10 percent interest being refund of the flight ticket paid by the Claimants.

Cost of this suit as assessed by the Honourable Court

A public apology to be published in at least two National Newspapers.