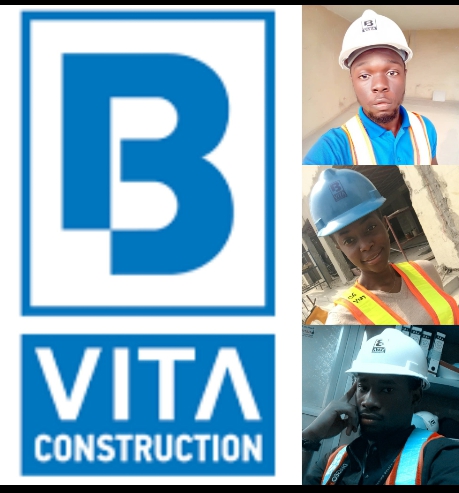 Vita Construction, Others Sued For N321m Over Alleged Unlawful Dismissal

Vita Construction Limited and it’s sister company, Viras Limited, have been dragged before the Lagos division of the National Industrial Court of Nigeria (NICN) over alleged unlawful termination of appointment, tax and pension fraud, by one of their former employees, Engineer Oladele Taju Kuyoro.

Oladele in his suit numbered NICN/LA/541/2020, filed before the court through his lawyer, Olamide Balogun, accused the two companies of reneged on their contractual agreement of paying him of his salaries and other benefits separately.

The claimant also accused Vita Construction Limited and it’s sister company of tax and pension fraud, claiming that all monies deducted from his monthly emoluments as taxes and pensions, were unremitted to the appropriate agencies.

Oladele, a skillful Civil and Structural Engineer, who started working for the two companies on March 18, 2002, with the promised of being paying differently by the companies, said his appointment was  wrongfully, unlawfully and illegal terminated on October 3, 2018 and tagged as ‘Stood Off Staff’, after he severally protested against the the companies’ failure to honour this words.

The claimant who is currently battling stroke, is therefore seeking a court declaration that his employment having not been terminated in a manner recognized by the law, he is still remains an employee of the defendants till date and is entitled to all emoluments due to him by reason of the employment.

He also want the court to make an order nullifying and or setting aside the Vita Construction Limited’s letter dated October 3, 2018 for being oppressive, wrongful, malicious, unlawful, null and void and of no effect whatsoever.

He further asked the court for an order entering Judgment in the sum of N 321, 318, 097. 80 million against the two companies, representing his renumeration for services rendered to them from March 2002 to December, 2011 and for the month of June, 2017; his 7.5 percent pension funds, from March 2002 to June 2014; and 10 percent pension fund for from July 2014 till October 2018 inclusive of underpayment pension contribution that occurred from May 2012 till June 2015; his NET renumeration from November, 2018 until the determination of this case; his Christmas bonus for the year 2002, 2003, 2004, 2005, 2006, 2007, 2008, 2009, 2010 and 2011; his weekly allowance covering telephone bills, personal travel allowance and subsidy from November, 2018; as specific damages for psychological pain, embarrassment, inconvenience, discomfort, and emotional stress and or trauma or howsoever called as a result of the defendants’ oppressive, unfair and illegal act of rendering him redundant without pay after 16 years of hard labour and Solicitor’s fees.

The claimant while also asked the court for an order on interest on the sums due to his or as may be awarded by the Judgment of this Court at the rate of 21 percent par annum from the date of the institution of this action till Judgment is delivered and post judgment interest at the statutory rate of 10 percent or any other rate this Honourable Court may deem fit till final liquidation of the Judgment sum. Also asked for an order referring all issues of unpaid pension in the matter to the National Pension Commission (PENCOM) for criminal investigation and prosecution where appropriate.

He also want a court order referring all issues of unpaid taxes in this matter to the Attorney General of Lagos State for criminal investigation and for prosecution bothering on tax evasion and other allied matters where appropriate.

Both Vita Construction Limited and its sister company are yet file their responses to the suit, and no date has been fixed.