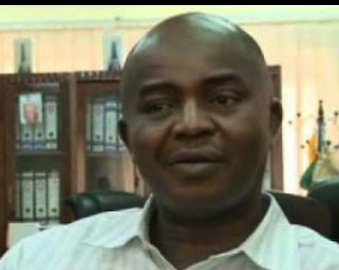 Weeks after banning the operations of the illegal waste cart pushers in Ogun State, the Ogun state government said arrangement is been made to rehabilitate and incorporate the Cart-Pushers into its new waste management reforms for optimal performance.

Mr. Ola Oresanya, Special Adviser to the Governor on Environment and Chief Executive Officer of the Ogun State Waste Management Authority (OGWAMA) disclosed this during a meeting with leaders of Chart-Pushers, Scrap Vendors and Community Development Associations (CDAs) in Abeokuta.

Oresanya, who was represented at the meeting by Mr. Akinbode Sofela, OGWAMA’s Director of Operation, said the state government decided to incorporate the Cart pushers into its new waste management reforms instead of throwing them into unemployment markets and offer them new opportunities through its structured Private Service Providers (PSP) Scheme, where they will work as loaders with steady income.

Oresanya added that some of the cart pushers will also be employed as Community Recyclers in its about to be established ‘Community Recycling Centers’ in all the 20 local government council areas of the state.

“Under the new reforms, you will see that you have more than enough to do in the coming weeks. All you need to do now is to brace up for the new challenge as the Dapo Abiodun led-government is determined to change your narrative from environmental bad boys to good boys”, Oresanya, told the cart pushers.

Mr Oresanya informed further told the cart pushers that training programmes will soon be organise for them for the new challenge and called on them to cooperate with OGWAMA for the realisation of the new reforms. Adding that anyone of them that fails to comply with the new order will be arrested and prosecuted in accordance with the Ogun State Environmental Laws.

On the scrap vendors, the Special Adviser frowned on their bad attitude of scattering bagged waste in search of iron scraps warning them to desist from such act or face arrest saying that their operation will soon be regulated to meet environmentally-accepted standard.

Responding, the leader of the Cart Pushers, Hassan Amidu thanked the state government for the new initiative and pledged his members cooperation, while Prince Olatunde Okunowo of the Makogi CDA who spoke on behalf of the Community Associations, called on residents of communities to stop patronizing cart-pushers and scrap vendors for the successful implementation of the new waste management reforms.