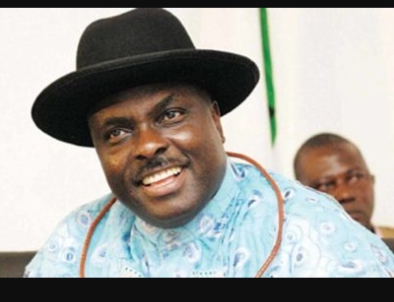 OPU also called on the man of God to desist from attacking Chief James Ononafe Ibori, whom they said remains one of the political leaders in the state.

OPU through its President, Kennedy Ozofere and Paul Okuweh, a member of the group, on Wednesday’s meeting of the at the group, held on Wednesday, counselled Bishop Okokporo, following his call on the former governor to quit politics to avoid embarrassment.

It would be recalled that Bishop Okokporo, the General Overseer of Promise Kingdom Ministry, Sapele, and popularly known as Overflow, during a Sunday service, had asked Chief Ibori, who was among the congregations, to quit politics to avoid embarrassment.

Bishop Okokporo, was quoted to have said: “Your Excellency, Chief James Onanefe Ibori, you have tried your best as a man; you brought development to your people and to the state. But as I speak to you now, the state is tired of you.

“I see people that are not up to your shoes and your slippers molesting you, because they said you cannot be the father of the state forever.

The group’s president said the cleric advice to their mentor, is absorbed and least expected from a man of God.

Ozofere and Paul lambasted Bishop Okokporo for making himself to mouthpiece of some politicians rather than being God’s mouthpiece.

The Ozofere led-group therefore urged the Bishop not to allow himself to be used by any politician against their most respected leader.

“We the people of Isoko in Delta State, wishes to state categorically that the recent advice of Bishop Godday Okokporo, of General Overseer of Promise Kingdom Ministry, Sapele, and popularly known as Overflow, to our leader and political godfather, Chief James Ononafe Ibori, is absorbed and without spiritual colouration.

“From the Bishop’s body language, we know that he is being used by some politicians in the State, who are uncomfortable having Chief Ibori, as their God’s ordained leader.

“We called on the cleric to desist from allowing himself to be used by these politicians against the will of God and the people. More importantly, we urged the Bishop face his missionary work and to listen to God’s voice instead of voice of the men.

“Once again, we the people of Isoko, remain committed to Chief James Ononafe Ibori, and his philosophy which we so much keen to”.