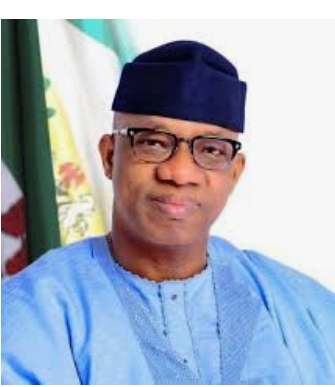 The Orubo family of Iperu-Remo, Ogun State and other stakeholders have threatened to invoke the disciplinary jurisdiction of the court against the State State government over the building of a cargo airport of their family farmland at Iperu-Remo.

The Orubo Family and other affected stakeholders in an open letter to the state governor, Prince Dapo Abiodun, written by their lawyer, Babatunde Oshilaja, warned that the activities of government on their land is tantamount to self-help and an attempt to ‘steal a match’ in the matter that is subjudice.

The family accused the State government of not taking into consideration the statutory conditions precedent to land acquisition.

They maintained that there was no valid legal or lawful revocation of their Customary Right of Occupancy on the land by either the Attorney General or Governor or any designated official of Government of Ogun State under the Land Use Act.

Consequently, Orubo family and other concerned stakeholders urged governor Abiodun to respect the constitution and his oath of office that he swore to on the assumption of office that he would not to allow his personal interest to influence his official conduct and decisions.

The concerned family’s letter reads in part; ‘’Without any prior statutory notice as required by Section 44 of extant Land Use Act, nor payment of any compensation to the Orubo Family and the other interests holders on the land as guaranteed by Section 44 of the Constitution of the Federal Republic of Nigeria, 1999 (as amended) Governor Gbenga Daniel deluded himself into announcing with gusto the alleged and illegal purported revocation of my Clients’ farmland in Iperu-Remo.

“Recent trespassory acts and unlawful and illegal developments by Agents/Officials of your government with particular reference to the alleged Agro-Cargo Airport started by one of your predecessors in office, Governor Gbenga Daniel, to be sited/located on Orubo Family land at Iperu, along Iperu-Ilishan Road in Ikenne Local Government Area of Ogun State, is a cause for immediate concern, because the Orubo Familyland is not only the subject of legal Counter-Claim in a pending suit No. HCS/155/2013, against the Attorney– General of Ogun State (as representative of the Governor of Ogun State and the Bureau of Lands and Survey Ogun State) but also the Orubo Farmland is situated/located within the topography of Iperu-Remo territorial land mass and NOT Ilishan as it is being mischievously and offensively described by Agents of the destabilization of Iperu-Remo Community within Ikenne Local Government Area of Ogun State’’.

The family alleged that the State government had encroached on the family land by planting signboard/post with inscriptions: Perimeter Survey, Topographical Survey, Soil Test, Wind Data Analysis, Environmental Impact, Master Plan, Architectural Plan and Design on the said land without any lawful or/and legal acquisition in accordance with the Land Use Act

The family stated the occupied land is where they grow different types of economic/food crops such as: Kolanut, Bitter Kola, cassava, yam, maize, assorted vegetables and cocoyam among others.

The letter reads, ‘’It is instructive to note that long before year 2007 and the advent of the administration of Governor Gbenga Daniel in Ogun State, my Clients’ Orubo Family in exercise of the full amplitude of their possessory title and ownership rights on their family land aforesaid made sales of portions of their Orubo Family land to third parties and on 21/05/99 executed a Certificate of Surrender of their Deemed Right of Occupancy on the portions sold in favour of a Third Party and same was Approved by the then Permanent Secretary/Director-General Bureau of Lands, Survey and Town Planning and a Certificate of Occupancy dated 4th August 2000 was executed by Governor Olusegun Osoba of Ogun State and same was registered as No. 59 at page 59 in Volume 580 (C of O) of the Lands Registry Office, Abeokuta (copy attached herewith).

‘’In further exercise of their statutory/customary rights of Occupancy as the persons in possession of their land before and recognized in Section 36 (2) of the enactment of the Land Use Act, they instituted a Court action against trespassers on their land from neighbouring Ilishan in Suit No. HCS/123/2002 Ope Osu & others VS. Jonathan Famodu & others. Judgment in the Suit in their favour was delivered on 10th October 2011 by Hon. Justice N. I. Saula of the High Court of Ogun State (certified copy of the Judgment is attached to this open petition for ease of reference). The statement of the Presiding Judge on page 51 of the judgment under issue 5 is very instructive’’.

‘’From all the foregoing, it is clear as crystal that your administration as a trespasser on Orubo farmland after the relocation to Wasimi by the former Governor Ibikunle Amosun cannot by the very act of trespass create a status quo on Orubo Farmland in Iperu and swallow the deliberate and politically inspired mis– description by PDP Administration of Ogun State and Ikenne Local Government in 2017 which mistakenly dubbed my Clients land as Ilishan’’, the family added.