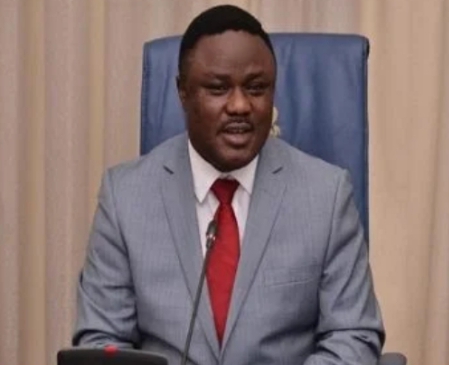 Cross River Governor, Prof. Ben Ayade has stated the National leader of the All Progressives Congress (APC) Asiwaju Bola Ahmed Tinubu deserves to contest the 2023 presidency because he worked and fought hard for the party.

Speaking with BBC pidgin monitored by The Nation, Ayade said: “Anybody that has come to contest from the South is in his/her right to do so. More people will still come out.

“If you ask me about Tinubu, I would say it is correct that he came out because he fought and worked hard and supported Buhari to put this government that is in place. Such a man will expect that since we are talking about a southern presidency, let him try to contest.

“Anyone that is saying he is not supposed to declare his intention is not doing the right thing. He should try his best.

“I cannot say it is not good. I can’t say that. I belong to a party, and the party will calculate. If the party says it is Tinubu, I will support him.

“If the party decides to go with someone else, I will lead the convoy that will go and beg Tinubu about the party’s decision. This is because I know that the man has worked hard for this party and I have a conscience.

“I am waiting for the party. If the party makes the calculation and says it should not be Tinubu for any reason, everyone deserves respect on their own level.

“He (Tinubu) deserves special respect. We must go and convince him. He is not a bad person. He is a good person. If he sees that he is given a good reason that convinces him, then we can go ahead. That is my position.”