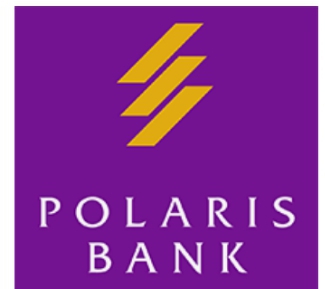 The Lagos Division of Appeal Court, has  ordered Polaris Bank Plc to pay the sum of N10. 2 million as compensatory damages to a businessman, Mr. Jyde Adelakun, for breach of his fundamental right to privacy under section 37 of the 1999 Constitution.

The three man-panel led by Justice Joseph Shagbaor Ikyegh, in their unanimous judgement held that Polaris bank breached the confidential obligation a bank owes its customer in the operation of his account.

The court held that Polis Bank unilaterally blocking the accounts of the appellants without a court order was illegal and unconstitutional.

Other members of the panel, Justice Onyekachi Otis and Justice Abubakar Sadiq Umar.

Adelakun and his company,Tof Energy Company Limited, had challenged the decision of a Lagos Federal High Court, which dismissed their originating application for the enforcement of their fundamental rights to a fair hearing, ownership of moveable property and respect for the dignity of the first appellant (Adelakun).

The appellant had also sought an order of perpetual injunction compelling the bank to immediately unfreeze all the appellants’ bank accounts.

In his lead judgement, Justice Ikyegh held that Polaris bank breached the appellants’ fundamental right to privacy under Section 37 of the 1999 constitution when it disclosed the account details of the appellants to the Fifth Third Bank without the appellants’ express or implied permission.

‘’There is merit in the appeal, as it affects the 3rd respondent (Polaris bank), who should have been found liable by the court below for unilaterally blocking or freezing the accounts of the appellants on a lien, and without a court order thus infringing the appellants’ fundamental right to the enjoyment of moveable property under section 44(1) of the 1999 Constitution, and for breach of the 1st appellant’s fundamental right to privacy of their bank accounts under section 37 of the 1999 Constitution’’.

‘’I would allow the appeal of the appellants and set aside the decision of the court below with respect to the third respondent only. I am not sure the categorization of damages under the label of general, special, exemplary and punitive damages is appropriate in the breach of a fundamental right. I think it is compensation that should be awarded in such circumstances, Compensation in terms of remedy entails making amends at large and in appreciable measure for loss sustained which is on a higher pedestal than damages ordinarily available in a civil action.’’ 1350) 225.

‘’Accordingly, I hereby award N5 million compensatory damages to the appellants for breach of the first appellant’s right to the enjoyment of moveable property by the third  respondent under section 44(1) of the 1999 Constitution by, and against the 3rd respondent’’.

However, the court dismissed all the appellants’ claims against the Economic and Financial Crimes Commission, EFCC and its Chairman.

Meanwhile, Polaris bank has filed an appealed against the judgement at the Supreme Court.

In its Notice of Appeal brought pursuant to Section 233(2) (c) of the Constitution, the bank is asking the Apex Court to set the judgement aside and restore the judgement of the Federal Court, Lagos Division.