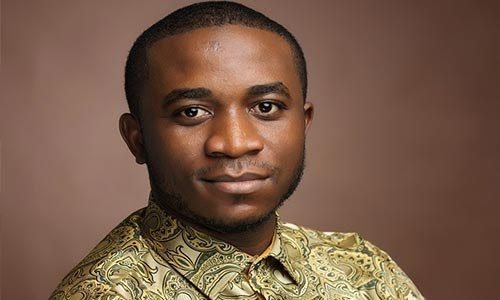 The monies were said to be hidden in two banks, Zenith Bank Plc and First City Monument Bank Plc.

The companies used in warehousing the monies in the above mentioned banks are: Invictus Oil and Gas Ltd and Invictus Investment Limited.

Okeke is currently standing trial in the United States of American (USA) for an alleged $11m cyber fraud following his indictment alongside 77 Nigerians by the Federal Bureau of Investigation (FBI).

Justice Rilwan Aikawa, who presided over the court, made the order sequel to a motion for final forfeiture filed and argued by the counsel to the Economic and Financial Crimes Commission (EFCC) Mr. Rotimi Oyedepo.

It would be recalled that Justice Aikawa had on October 9, granted an interim forfeiture of the funds and ordered EFCC to publish the interim order to enable any interested parties to show cause why the final order should not be made.

At the resumed hearing of the matter today, Oyedepo told the court that all requirements for final forfeiture had been met, including publication of the interim order which was done in the Nation Newspaper of October 25.

Oyedepo therefore prayed the court to grant the application for final forfeiture because “there is no opposition to the request from anybody”.

EFCC lawyer told Justice Aikawa that he had the power to make the interim forfeiture order by virtue of Section 17 of the Advance Fee Fraud and other related Fraud Offence Act No. 14, 2006.

Granting his prayer in a bench ruling, Justice Aikawa ordered that the sum of N280.5 million in two Zenith Bank accounts no 3341692012 and 1013714256 be forfeited to the Federal Government of Nigeria.

“I have seen the application seeking for the final forfeiture of the sum of N280.5m warehoused in the two bank accounts which is reasonably suspected to be proceeds of unlawful activities.

“I am satisfied that the requirements enumerated under Section 17 of the Advanced Fee Fraud and other related Offences Act have been met by the applicant in this suit.

“Consequently, this application is bound to succeed and same is hereby granted as prayed as it remains unchallenged.

“The sum of N280.5m found in the bank account of Invictus Investment Limited, who is the second respondent in this suit, is hereby forfeited to the Federal Government of Nigeria”.

The EFCC had told the judge that Okeke, 31, was “a strong leader of a cybercrime syndicate specialising in business email compromise”.

In an affidavit filed in support of the application, EFCC investigator, Ariyo Muritala, said the commission assigned him and others to investigate a request for information on Okeke and three others by the United States Department of Justice, Office of the Legal Attache, US Consulate General.

“I know as a fact and verily believe that our investigation has revealed the following ear-aching and mind-boggling findings:

“(a) That the Obinwanne George Okeke is a strong leader of a cybercrime syndicate specialized in business email compromise.

“(b) That the said syndicate has defrauded many innocent and unsuspecting victims..

Okeke was in 2016 celebrated by Forbes International as one of Africa’s most outstanding 30 enterpreneurs under the age of 30 and described by the magazine as “proof that there is hope for Africa”.

But he was arrested in August this year by the American Federal Bureau of Investigation as the ringleader of a cybercrime syndicate, which had defrauded a number of American citizens to the tune of $11m “through fraudulent wire transfer instructions in a massive coordinated business email compromise scheme”.