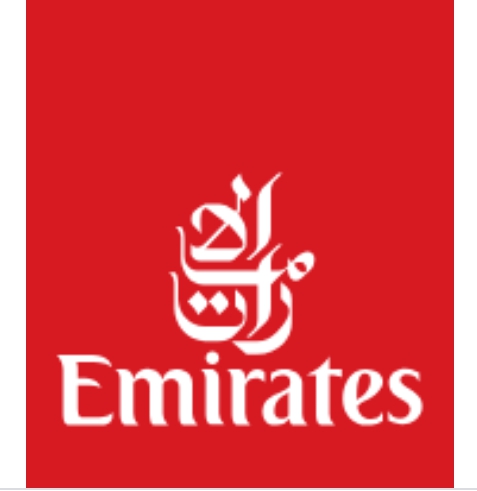 Succour came the way of a Nigeria businessman, Mr. Orji Prince Chu Ikem, whose hand luggage containing $1, 630 million USD, was illegally and unlawfully converted by some staff of Emirates Airlines, during a business trip from Lagos to China in 2007, as a Lagos Federal High Court, has ordered the airline to pay back the money to the businessman.

The court also awarded the sum of N50 million against Emirates Airlines, for the untold hardship it subjected the businessman to, as a result of the said illegal and unlawful conversion of the businessman’s hand luggage that warehoused the said $1, 630 million USD.

Justice Sule Muslim Hassan, who presided over the court, made the above orders on Monday, while delivering judgement in a suit filed against the Airline by the businessman..

Orji in a suit marked FHC/L/CS/1006/2009, had accused Emirates Airlines of illegal and unlawful conversion of his $1.630 million USD, which he intended to buy some goods from Dubai, Hong-Kong and China.

The businessman in his amended statement of claimed filed and argued before this court by his counsel, Sir Chris Ekemezie and Anayo Alpheus Mbah, said the incident occurred on December 19, 2007, at the Murtala Mohammed International Airport, Lagos, when he boarded an Emirate Airline flight from Lagos -Dubai Hong Kong Guangzhou -China on flight No. EK 784 and a connecting flight C2358 to China.

He stated that at the airport, after he checked in two luggage containing samples of goods he intended to buy in China both weighing approximately 40 kilograms respectively and tagged EK 650161 and EK650162. He had two hand luggage, one containing the sum of US$1,630 million and the other containing his personal effects which were both within the permissible weight allowed to be carried as hand held luggage. Adding that his hand luggage were duly screened by the Customs and immigration officers in the presence of some members of staff of the Airline, after he had filled the Nigerian Customs Service currency declaration form.

The businessman stated that when he got to the boarding gate of the aircraft, some staff of the airline intercepted him and demanded for his passport, boarding pass and ticket. After perusing the documents, they enquired as to the contents of his hand luggage, to which he freely told them that one of the bags contained money and the other his personal effects. He added that the airlines staff compelled him to open the bags and the which he vehemently opposed but after a prolonged argument and in order not to miss his flight, he opened up the bags for them to view the contents.

He averred that the staff of the airline  further insisted that the bags must be tagged despite his protest, assuring him that the bags will be put in a special compartment and will be handed over to on arrival at his destination. He added that the the tag numbers placed hand luggage were entirely different from the tag used at the check in counter, which were stuck to his ticket with tag number EK428682 and EK428683 respectively.

Orji avers that on arrival at Guangzhou, he went to claim his bags and to his utmost surprise, all his luggage were missing. He added that he immediately lodged a complaint with the Southern China Airline officials he found at the counter, who asked him of the contents of his luggage which he quickly explained to the officials, afterwards, the officials immediately sent email With Ref No. CANCZ 48954 and CANCZ 48933 where they informed Emirates Airlines to search for his luggage and revert back to them Immediately.

He stated that on December 23, 2007, he went back to the Airport he was informed that two of his luggage which he checked in at the check-in counter at Murtala Mohammed International Airport With tag number EK650161 and EK650162 had arrived, however, the other bags collected at the boarding gate of the aircraft in Nigeria had still not arrived. He added that on the advice of Southern China Airline staff, he refused to collect the two bags and immediately made another report of missing luggage, thereafter the officials of Southern China Airline started making frantic calls to Emirates Airlines’ office in Dubai requesting them to check for the bags as they had not gotten any reply from them.

He stated that on December 24, 2007,  the Southern China Airline Staff advised him to go to Dubai to make complaint as they had not received any response from the Defendant. And after procuring all the necessary documents, he arrived Dubai December 29, 2007 and immediately went to the police station to report the incident and he was however, asked to go to the bagging section of the Emirates Airlines and make his complaint, this be said he immediately did and the search for the two bags commenced in earnest.

He stated that on December 30 and 31, 2007, he went back to the bagging section all to no avail. He added that on January 1, 2008, he yet again was at the bagging section, it was then that a startling discovery was made as there were no records of his luggage on December 19 and 20, 2007, and that the Emirates Airlines’ staff in Dubai asked him to give them two weeks to conduct a thorough investigation.

He stated that after waited for two weeks there was still no head way as to the whereabouts of his missing bags, he was then given a bundle of documents showing various correspondence sent by email exchanged by the Defendant staff in Dubai, Hong Kong and Bangkok in a bid to locate his missing luggage with Tag No. EK428682 and EK428683. He added that he was advised by some of the Airlines staff in Dubai to go back to Nigeria and conduct investigation because from all indications they believe that the luggage were detained, converted and/or stolen, as there were no records tracking the bags from Nigeria on December 19, 2007 or on a later date.

He stated that upon returning to Nigeria on January 17, 2008, he met with one Mr. Yoml Adekanbi and pleaded with him to gwe hlm the loading details so that he could determine whether the bags left Nigeria or not but the said Mr. Yomi Adekanbi refused. He stated that following Mr. Adekanbi’s refusal, he wrote a petition addressed to the General Manager, Baggage of the Emirates Airlines, but the said Mr. Yoml Adekanbi, on February 11, 2008 and February 11, 2008, refused to collect.

He stated that upon the refusal to reply his petition, he made a complaint to the police at the Special Fraud Unit Mllverton, who in turn conducted an investigation, issued a report and forwarded same to the legal department which issued a legal advice. He added that pursuant to his petition as stated above, the police at SFU, investigated the case and invited some of the Emirates Airlines’ members of staff for interrogation.

He stated that the police investigation revealed that the two hand held luggage collected from him on December 19, 2007, by the Emirates Airlines at its boarding gate at Murtala Mohammed International Airport, Ikeja, Lagos, were never loaded in any plane and indeed the two luggage never left Lagos and never traveled at any other time but was rather withheld or detained by the airline till date.

He stated that the Airlines’ solicitors wrote a letter dated June 12, 2008 to the Commissioner of Police, SFU, wherein the airlines admitted that the four pieces of luggage arrived Dubai as was shown in the Airlines baggage tracking system and from message sent from Dubai confirming this fact. He added that as a result of admissions made to the police by the airlines, it wrote an undertaken through one Isiaka Adegoke, the Airlines’ Sales Manager, to produce his four baggage that were missing.

The businessman stated that Emirates Airlines informed the police that the four missing luggage has been located at Gangzohon~China. Consequently, the police through a letter dated June 19, 2008, told the Defendant to retrieve the four luggage and bring them back to Nigeria. the Defendant through its solicitors informed the police that the luggage were brought back to Murtala Mohammed Airport and further advised the police to inform him of the arrival and possible collection of the baggage. He added that the airline, having collected his bags at its boarding gate at Murtala Muhammed International Airport, Lagos was duty bound to return same to him intact but it has failed to do so despite repeated demands by both himself and the Nigerian Police.

He also accuser Emirates Airlines and it’s servants of intentionally and wrongful deprived him of his hand held luggage by the continuous detention and/or conversion of same.

But Emirates Airlines, in its amended statement of defence filed and argued by its counsel, Chief Awa Kalu (SAN) described the businessman’s suit as unmeritorious, frivolous, vexatious and constitute a gross abuse of this court’s process by virtue of which it should be dismissed in its entirety.

Emirates Airlines, while admitted that the businessman was one of the passengers continued for departure on Emirates Airlines flight EK 784 on December 19, 2007 who flew to Dubai, Hong Kong and then boarded a connecting flight to Guangzhou, China. Also admitted that he was at the Murtala Muhammed International Airport, lkeja on December 19, 2007 and was scheduled to board the Defendant flight EK 784 to Dubai on the Dubai-Hong Kong and Guangzhou flights.

Emirates Airlines also stated that it is not true that the businessman’s checked-in hand luggage was screened by the Customs and immigration officials in the presence of members and that its staff did not see the Customs Service Currency Declaration Form CDF 18 allegedly filled out by the businessman. While also vehemently denied that the content of his bags or the presence of $1, 630 million to its staff especially since the baggage handling process at the Murtala Muhammad lntemational Airport, lkeja, is the precinct of mother authority being the Nigerian Aviation Handling Company (‘NAHCO). As such, NAHCO is statutorily responsible for the handling of baggage therein. Any decisions with respect to the checking in of baggage including the businessman’s hand luggage would have been taken by NAHCO

The Airline however admitted that the Property Irregularity Report filed by the Southern China Air staff at Guangzhou Airport on the businessman’s arrival indicates that the he lodged complaint about his missing bags. Added that the the Property Irregularity Report provided the businessman the earliest opportunity to declare the alleged missing sum, which he failed to do so, because there was clearly no such amount in his luggage. While also admits the contents of the emails with reference number CANCZ 48954 and CANCZ 48933 sent by staff of Southern China Air as alleged by the businessman.

The airline stated that it all times observed the codes and protocols as well as the highest standards available in the business of carriage by air in dealing with the Plaintiff and his luggage in order to maintain its well-deserved reputation as a foremost airline of international standing.

The airline stated that it was never made aware by the businessman of the alleged contents of his missing luggage at all critical times. Particularly, as he was in contact with its staff did not disclose the contents of the said missing luggage in the immediate aftermath of the flights from Lagos to Guangzhou. Rather, the Plaintiff has chosen to hatch this malicious plot to inveigle it in the lawsuit after all other attempts to harass it failed.

It also stated that at no time it detained the businessman’s luggage or held against his will nor has the luggage been appropriated or converted to any purposes other than those intended by the businessman.

However, justice Hassan, while delivering judgement in the suit, dismissed all the defence put up by Emirates Airlines and awarded the sum of $1, 630 million USD illegally and unlawfully converted and the sum of N50 million for untold hardship subjected the businessman to.