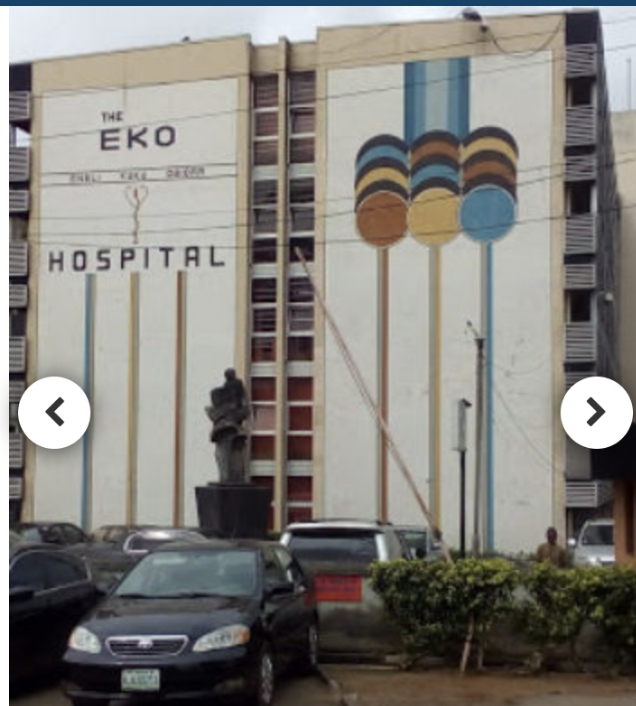 A Federal High Court sitting in Lagos has warned parties to a management tussle between the board members of the Eko Hospital, Lagos to maintain status quo ante belum.

The court presided over by Justice Peter Odo Lifu, made the order following an application filed and moved by plaintiffs’ counsel Mr Kemi Pinheiro (SAN).

The plaintiffs in the matter are; Dr Sunday Kuku, Uzochukwu Eneli, Ufo Atuanya, Ikechukwu Eneli, Ify Eneli, Nwamaka Ezekwugo, (For themselves as beneficiaries of the estate of late Dr Alexander Chukwuma Eneli.
The respondents are Ekocorp Plc, Geoff Ohen Limited, Prof. Joseph O. Irukwu (SAN), Dr. Augustine Amaechi Obiora, Greenwich Registrars And Data Solutions Limited, Securities And Exchange Commission (SEC) and the Corporate Afairs Commission (CAC).
The plaintiffs are seeking an injunction, pending the hearing and determination of this suit, restraining the sixth and seventh defendants/respondents, from giving effect to the resolution approving the sale by private placement of 110, 000, 000 units of shares to the second respondent or any resolution(s) passed at the first defendant/respondent’s purported extraordinary meeting held on June 3, 2021,

They are also seeking among others, an injunction restraining the sixth and seventh defendants/respondents from registering any portion of the 110, 000, 000 units of shares purportedly approved by the resolution passed at the first respondent’s purported extra-ordinary general of meeting of June 3, 2021 in the name of the second respondent or altering the Register of shares of the first defendant or issuing Shares Certificates to the second respondent in that regard.

At the resumption of hearing on Friday, Pinheiro (SAN) informed the court that the second, sixth and seventh defendants were not represented in court despite hearing notices being served on them, and an affidavit of service was before the court to this effect.

He said in view of that and the fact that the furst, third and fourth defendants’ counsel was not ready to proceed, the court ought to adjourn till a date convenient for parties.

“My lord, we are in your hands, the defendants did not respect the pendency of this case in court.

“At the last adjourned date in July the defendants gave an undertaking that nothing would be done until the determination of our motion, but sir, they are not complying with it.

“On the 26th of August, the defendants called a meeting and and took some decisions.

“My application this morning is for my lord to order status quo. There should be discipline in our profession”, Pinheiro said.

But counsel to the first, third and fourth Defendants, Mr. B. C Akunya, who was not robed, when granted permission to address the court, said ‘there had been no meeting and that the only meeting that was held was to inform the directors of the company of the demise of the one of the hospital’s founding partners (the fourth defendant).

Akunya also told the court that there was no relief restraining the first defendant, a public limited liability company, from holding their statutory AGM.

Responding, plaintiffs’ counsel Pinheiro (SAN) said there were both declaratory and injunctive reliefs relating to the chairmanship of the General Meetings and that the statements made by the first, third and fourth defendants’ counsel at the meeting held on August 22, 2021, was only to notify the company of the demise of a founding partner was false, adding that the notice of meeting itself was in breach of the status quo order.

According to him, the notice of meeting stated that: “The Acting Chairman of the board, Prof. Irukwu (SAN) has requested an emergency meeting of the board for discussions”.

In a bench ruling, Justice Lifu ordered and redirected the parties to continue to maintain status quo pending the determination of the suit. While adjourned the matter till November 12, 2021 for hearing.