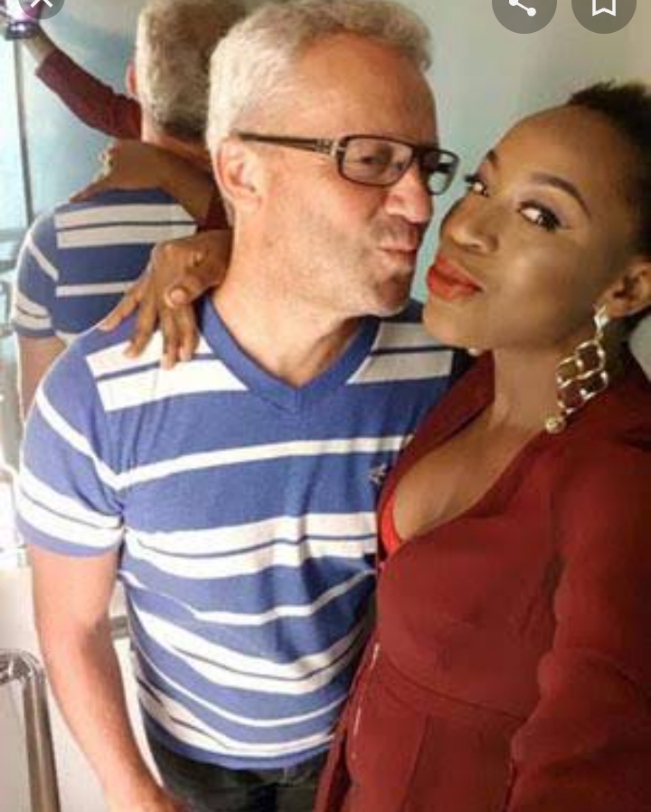 The Dane, Peter Nielsen And His Late Wife, Zainab, Whom He Accused of Killing

Justice Bolanle Okikiolu-Ighile of Tafawa Balewa Square, (TBS) High Court of  Lagos, has adjourned till May 20 for judgment in the case of a Danish man, Peter Nielsen, who was alleged of killing his Nigerian wife Zainab and three-and-a-half-year-old daughter.

Justice Okikiolu-Ighile had on March 1, 2022, fixed today for judgment, after the court took submissions and adopted the final written addresses of the prosecution and the defence.

Journalists who were in court today for the judgment, were told by the court officials that judgment was not ready, hence the rescheduling.

Kogi State-born Zainab, alias Alizee, was a singer signed to an Asian record label, Petra Entertainment, and was in the course of promoting her January 2018 single, ‘Alhaji Musa’, before the alleged murder.

He pleaded not guilty, following which trial commenced.

During the trial, the court was told that Zainab and Petra died of head injuries and asphyxia (or suffocation) that were not self-inflicted.

In his evidence, a Consultant Pathologist, Prof. John Obafunwa, told Justice Okikiolu-Ighile that his post-mortem examination of Zainab’s corpse suggested that she was killed when her nose and mouth were forcibly closed which deprived her of oxygen.

She had also suffered bruises around her head which were consistent with “blunt force trauma that were not enough to cause any fracture.”

Obafunwa also told the court that evidence showed the deceased struggled to free herself from her killer’s grip using her hands and nails.

The result of a DNA analysis of Zainab’s nail clipping, the witness added, revealed the presence of her DNA material and that of “an individual described as Peter”.

On September 20, 2019, the Prosecution team led by Ms. Titilayo Shitta Bey (now Solicitor-General and Permanent Secretary, of the Lagos State Ministry of Justice) concluded their case.

But for Nielsen, instead of opening his defence, filed no case submission, wherein he argued that the prosecution had failed to link him with the alleged deaths, noting in particular that a particularly important prosecution exhibit was missing.

He therefore urged the court to end the proceedings and dismiss the charge against him.

However, on July 19, 2021, the defendant lost his bid to regain freedom, as Justice Okikiolu-Ighile dismissed his no case submission.

The judge noted that the application, filed by Nielsen’s counsel, Mr Olasupo Shasore (SAN), was brilliant, but premature.

She held that both prosecution and defence had called witnesses and tendered exhibits which were not premised on the said exhibit.

The defendant had premised his application on a missing piece of critical evidence said to have been destroyed during the burning down of the Igbosere High Court last October.

Shasore had prayed the court to discharge the defendant on the basis that the exhibit – Nielsen’s late wife’s nightgown containing DNA evidence – was missing.

According to Shasore, the nightgown the woman wore the night she was killed could no longer be found in the court’s record due to the burning of the court by hoodlums who hijacked the October 2020 #EndSARS protest.

He submitted that substantial justice could not be done in the absence of the exhibit.

“The submission of the learned silk is premature, the application sought and the consequential relief are hereby dismissed,” the judge held.

The judge ordered Nielsen to open his defence.

In his defence, Nielsen affirmed his testimony that he did not kill both Zainab and Petra.

He told the court on January 11 that he found the duo dead when he awoke from sleep that morning and tried to revive them.

“I remember that Thursday, 5th of April, 2018 was an Easter vacation day. When I woke up, I was looking for Zainab and Petra from the balcony overlooking the field in the Estate,” Peter added.