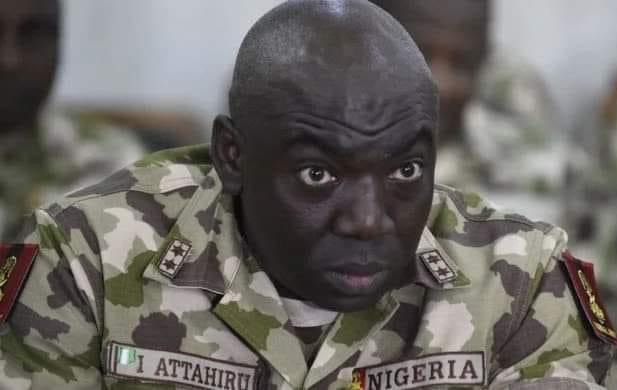 The Chief of Army Staff, Lieutananat General Ibrahim Attahiru, has reportedly died in an air crash today while on an official trip to Kaduna, The Street Journal reports

The training aircraft was a military plane and it crashed in Kaduna international airport. The Ill-fated aircraft was said to have crashed at the airport’s runway.

The late Army Chief had led a team to visited the Emir of Zazzau, Ambassador Ahmad Nuhu Bamalli today.

The incident was said to have occurred at about 6 pm while it was raining heavily.

The army chief reportedly died with the eight people on board feared dead.