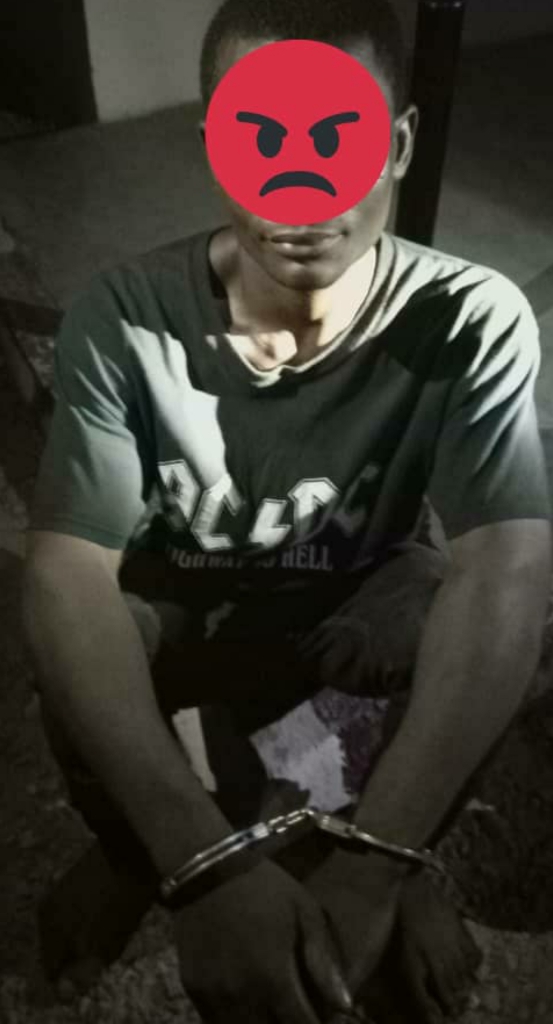 After a thorough intelligence gathering and investigation, the Nasarawa State Command of Nigeria Security and Civil Defence Corps (NSCDC) arrested a man Tuesday accused of raping a 3-month-old baby in Adogi village of Nasarawa State.

In a statement issued by Ekunola Gbenga, Media Assistant to the Commandant General of the NSCDC and sent to newsdishng.com on Tuesday, stated, the the alleged rapist, 27 years old Ahmadu Yaro, was arrested Tuesday, for sexually assaulted and brutally injured the toddler (names withheld).

Yaro, of Angwan Mai Angwa Muhammadu Madan Tara Adogi, Nasarawa State, according to the statement, was once arrested by the members of the community about two years ago but the case was discharged without the involvement of any security agency.

“On the 14th day of June, 2020 at about  15.33hours on Sunday, we received an intelligence information that a baby of three (3) months was sexually assaulted and brutally injured by unknown person and was taken to the Dalhatu Arab Specialist Hospital (DASH) Lafia, on the 27th of May, 2020 at about 03.00hours.

“Maimuna Adam, mother of the victim explained that the incident occurred in the midnight of May 27, when the family was asleep and the door to their room was left open due to heat being experienced in the area”.

The victim’s mother was quoted saying, “the incident occurred on Wednesday 27 of last month, when suddenly I woke up around 3am and found that my baby was missing. I checked my phone which was also close to me before I slept, but it was also missing”.

Maimuna said soon after she realised that something was wrong with her infant daughter, she began to shout and people in the compound and others woke up to come to the aid of the family.

She explained that when both men and women of the village trooped into their compound, they went out in search of the baby on foot and motorcycles, and ultimately the child was found in an uncompleted building bleeding.

“She was found lying in the building with her pant kept aside. Everywhere across her private part was blood and then we rushed her to the hospital, “ she added.

The civil defence stated that Adogi Town have been witnessing this series of devilish acts. This is the fifth attempt, as investigation revealed.

The suspect was said to have testified during interrogation that he had been involved in several sexual abuses especially against babies in that community.

The Corps, however, assured that the suspects would be arraigned in court as soon as investigation into the case was completed.

The Commandant General Abdullahi Gana Muhammadu, therefore, urged all parents and guardians to ensure close supervision and proper attention to their wards to prevent unscrupulous elements from taking undue advantage of the vulnerable ones.

Gana also admonished youths to shun all social vices such as rape, theft, cultism, vandalism, riot among others in the good interest of the nation.

“I therefore, encourage Nigerians to be bold enough to report any form of sexual assault or misbehaviours to the ‘Citizens’ Integrity Unit’, CIU of Nigeria Security and Civil Defence Corps, NSCDC at any of our formation across the nation”, Gana counselled.