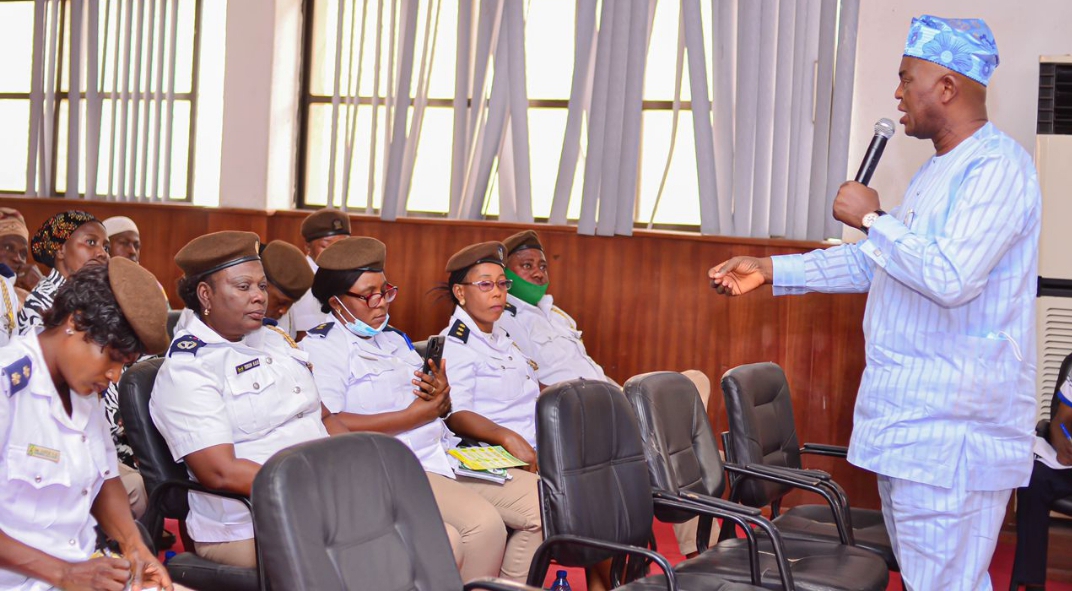 Mr. Ola Oresanya, Special Adviser to the Governor on Environment/CEO OGWAMA, addressing stakeholders on cleanliness of the state in Abeokuta

In her desire to have a more cleaner environment and prevent indiscriminate dumping of refuse of wastes on roadsides, medians, waterways and drainages, the Ogun State Government says it will commence massive statewide enforcement of its environmental law and prosecute offenders.

Mr Oresanya said while many residents of the state have complied with the ongoing waste management reforms in the state which mandated households, commercial and industrial outlets in the state to patronize Waste Private Sector Participants (PSPs) assigned to their area for collection and proper disposal of their wastes for just a token, some recaltraint individuals are still unyielding despite several moral persuasion for them to comply.

“These individuals are the ones littering our streets and public places with their wastes. They do this by dumping them at night and early in the morning, thereby defacing our environment.”

“We will not allow them continue with their bad and illegal habit especially the elites among them who used their cars and vehicles to dump everywhere.”

“Ogun State people are known to be clean, fashionable people. So these few recaltraint individuals will not be allowed”. He added.

On market wastes, Ola Oresanya told the markets leaders on the need to keep all market surroundings clean saying that the state government is not always happy closing down markets because of sanitations issues adding that aside from important roles markets played in human consumption habit, which are supposed to be tourist attractions to visitors.

Responding, the Chairman of Abeokuta Local Government CDC, Mr Kazim Ajagunjeun, commended the State government for its new determination to stop indiscriminate dumping of refuse in public places adding that people must pay for their waste no matter how little to know the importance of sanitation.