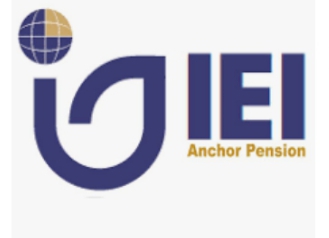 PENCOM Has No Power On Shares -Court Declared

A Lagos Federal High Court, has declared that under the Pension Reform Act 2014, National Pension Commission (PENCOM) has no power to administer or approve the transfer of shares.

The court presided over by Justice Daniel Osiagor, also held that by virtue of Section 115 and 151 of the Act, the sale and transfer of shares can only be regulated by the Company and Allied Matters Act (CAMA).

The plaintiff, Vine Capital Partners, in a suit marked FHC/L/CS/1481/2020, filed before the Court through its counsel, Mr. Gideon Okebu Esq, had asked the court for a declaration that having regard to share transfers and the provisions of Sections 115 and 151(1) of the Companies and Allied Matters Act, is a shareholder of the first defendant and is entitled to have its Name and interest registered in the register of members and transfers of the first defendant Company.

It also asked for an order rectifying the register of members of the first defendant’s company to include its name as a member holding 110,000,000 shares pursuant to Section 90 of CAMA Cap C20 LFN 2004. And an order validating and/or revalidating it’s shareholding interest in the first defendant as per the share transfers filed with C.A.C.

It also asked for an order directing the Registrar of C.A.C. to correct the particulars of shareholders of the first defendant’s company to reflect and reinstate it’s shareholding. And an order directing the first defendant to issue Share Certificates to it, as per the five (5) share transfers effected in favour of the Plaintiff by Senator Mohammed Ahmed, Senator Jonathan S. Zwingina, Senator Cosmos G. Niagwan, Senator A.D. Sodangi and Senator Abubakar Abdulazeez Ibrahim, culminating in a total of 110 million shares.

The plaintiff further asked the court for an order vitiating all acts and/resolutions of the first defendant’s meeting of members reached without Notice to the Plaintiff in accordance with Sections 81 and 114(b) Companies and Allied Matters Act. And an order of perpentual injunction restraining the first defendant’s board and/or any third party from unlawfully interfering or meddling with its shareholding interest in the first Defendant.

The Plaintiff also asked the court for an order directing the first Defendant to pay a total sum of N28.5 million, as General, exemplary damages and cost of instituting the suit.

In the alternative, the plaintiff asked the court for an order directing the first defendant to pay the assessed market value of the s s/unit of shares acquired by the Plaintiff, as assessed by Pilot Securities Limited, of No. 3 Strong Tower Terraaces, 41a, Sobo Arobiodun Street, Ikeja GRA, being an A-list firm of stockbrokers knowledgeable in the valuation, sales and purchases of equities.

The plaintiff also asked the court for an order for the payment of 18 percent Interest on the total Sum of N110 million, used in purchasing shares in the first defendant from November 1, 2014 till Judgment is delivered in the Suit, and 10 percent from the date of Judgment till final liquidation.

But the first defendant in the suit, IEI-Anchor Pension Mangers Limited, in a counter-affidavit filed and deposed to by it’s lawyer, Dayo Odeseye, urged the court to dismiss the Plaintiff’s reliefs in the suit in the overall interest of justice and that the suit was brought in bad faith and an abuse of Court process.

In urging the court to dismiss plaintiff’s suit, the deponent averred that the Plaintiff does not possess any share or interest in the first defendant Company to which it can be beneficially vested and/or entitled it to be registered in the first defendant’s Register of Members and Transfers.

Contrary to the Plaintiff’s deposition in the affidavit in Support, the deponent stated that the first defendant Company’s Board of Directors was never informed of the share purchase transaction or disclose same at any of its meetings for approval backed with a Board resolution to be forwarded to the Regulator, PENCOM in accordance with the 1st Defendant Company Practice. And that the said share purchase/transfer transaction did not enjoy prior approval of PENCOM as required by the first defendant’s Memorandum and Articles of Association (Memart).

The deponet stated that although, it was true that the first defendant’s Secretary filed the share transfer/purchase documents with the CAC as alleged, this he said was never done on the basis that regulatory approval of PENCOM had been obtained for the transaction.

He also averred that contrary to the depositions in the affidavit in support, the first defendant was under obligation to follow due process as stipulated by the Regulatory Authority (PENCOM) and would not do anything illegal. “Everything done by the first defendant in respect of the subject transaction was in conformity with all relevant laws, its Memart and not upon the basis of Plaintiffs allegations or insinuations”.

He also stated that the first defendant offered to the plaintiff to repay or refund the money/fund used in purchasing the shares apart from being sincere and honest was not done on the basis of a business transaction between the ist Defendant and the Plaintiff but rather in fulfillment of regulatory mandate and directive of PENCOM to this effect particularly when the Plaintiff did not buy any share from the first Defendant company.

He stated that contrary to the depositions in the Affidavit in support, the first defendant is not and could not have been responsible and liable for any damage and cost (including fees) allegedly incurred in respect of the said share purchase/transaction and instituting its present gold digging, speculative and certainly obscenely duplicitous suit. Adding that the paintiff’s conduct is not worthy of this Honourable Courts sympathetic consideration.

Delivering judgment on the suit last Friday, Justice Osiagor while agreeing with the plaintiff’s Counsel, Okebu Esq, held that by virtue of Section 115 and 151 the sale and transfer of shares was regulated by the Company and Allied Matters Act.

Consequently, the judge ordered the first defendant, IEI-Anchor Pension Mangers Limited, to refund the purchase price of N110 million and to pay 15 percent interest per annum of the purchase price from November 1 2014, till the date judgment was delivered and 10 percent from the date of judgment till final liquidation of the judgment sum to the Plaintiff, Vine Capital Partners.

Justice Osiagor also held that “under the Pension Reform Act 2014, PENCOM was not granted any power to administer or approve the transfer of shares”.