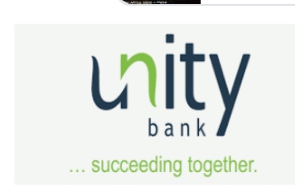 Any moment from now, offices of Unity Bank Plc, across Nigeria, will be picketed by the former staff of the defunct Bank of the North (BON), who were absolved into the Unity Bank, over non payment of their benefits.

The former BON staff’s action is predicated on a judgment delivered by an Abuja division of the National Industrial Court of Nigeria (NICN), the country’s capital, which recently dismissed the suit filed Unity Bank Plc, to stop such action.

Unity Bank Plc through its lawyer, Akpama Ekwe and A. E. Ezetulugo had dragged Aliyu Yusuf; Julius Mcdul and  Samson Achimugu, who were representative of all defunct BON Staff that were carried over to Unity Bank and representatives all former staff of BON before Merger with Unity Bank Plc, respectively, in a suit numbered NICN/ABJ/210/2013.

In the suit, Unity Bank Plc asked the court for the following reliefs: “an order of perpetual injunction restraining the defendants either by themselves, servants, agents, and/or privies howsoever described from picketing the Claimant or doing anything or act whatsoever that will interrupt, interfere or in any way disrupt with the its operations in all its branches.
“A declaration that the it is not in any way liable to the defendants.

“A declaration that the 50 percent payment of pension and gratuity by BON shareholders was full and final payment. And an order for the cost of filing this suit.

But the former defunct BON staff in their defence and counter-claims to the Unity Bank Plc’s suit, filed and argued by their lawyer, K. C. Muoemeka; urged the court to dismiss that bank’s suit, while also asked for the following reliefs; “a declaration that they are entitled to full implementation of the 2005 collective agreement with regard to payment of terminal benefits of staffers of the defunct Bank of the North Limited.

“A declaration that Unity Bank Plc, is bound by the collective agreement of 2005 and should pay them a full redundancy benefits which is made up of basic salary, housing allowance, transport allowance and lunch subsidy in accordance with the collective agreement of 2005, as the Unity Bank Plc, had inherited all assets and liabilities of the defunct Bank of the North Limited by virtue of the merger.

“A declaration that the suit of the claimant is lacking in merit, vexatious and an attempt to delay their entitlements.

“An award of the sum of N550 Million as cost of action and general damages, respectively.

“An Award of 10 percent post Judgment interest on the entire judgment sum from the date of judgment till same is fully liquidated. And order dismissing the claimant’s suit with cost of N5 Million.

Justice Edith N. Agbakoba in her judgment delivered on July 28, 2022, after perused all the processes filed by the parties, and legally weighed the submissions of Counsel, dismissed all the reliefs sought by the Unity Bank Plc, for lacking in merit.

Justice Agbakoba equally refused the monetary requests of the defendants/counterclaimants, for being incompetent.

In her judgment, Justice Agbakoba, after citing plethoras of legal authorities held that; “From the foregoing, the Counterclaim I find is abuse of process and therefore is hereby struck out.